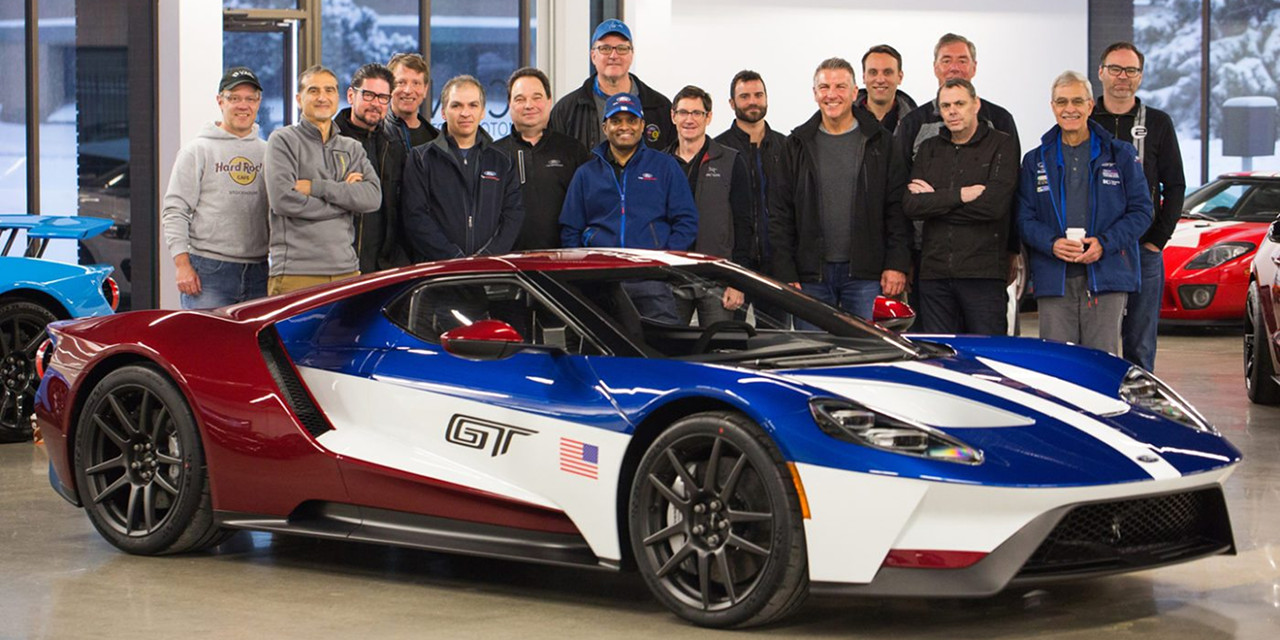 Outside of the eight exterior paint hues available for the Ford GT supercar from the factory, buyers have the option of specifying their own custom colors – albeit at the gargantuan cost of $30k. Two such custom-color Ford GT examples turned up at an Arkansas dealership last December, one wearing a unique shade of green, while the other has been shod in a hue called “Beryllium Orange” borrowed from the Saleen S7.

Yet there’s one exterior paint option that’s only available to employees of Ford Motor Company: “Victory.” The paint scheme is made to resemble the red-white-and-blue livery worn by Ford’s competition-spec GT race cars, with the 2018 car sporting Liquid Red over the rear quarters, roof, and lower door section; Lightning Blue along the upper half of the front of the car; and Frozen White space just about everywhere else.

Ford President of North America Raj Nair just took delivery of his own 2018 Ford GT in this exclusive “Victory” paint scheme, but according to duPont Registry, he’s not the first; Executive Chairman Bill Ford and former President/CEO Mark Fields reportedly also ordered their GTs Victory-style. Both of those cars were built for model year 2017, however, and so feature Ford’s older, slightly-different 2016/’17 racing colors.

Are any other members of Ford’s (corporate) family in line to receive a Ford GT painted in the “Victory” color scheme? We don’t know, but full-time FIA WEC racing driver Harry Tinknell and IMSA SportsCar racing driver Dirk Müller are set to buy their own GTs, according to Motor1. Perhaps they’ll elect to have their examples painted in the color scheme they find most familiar. 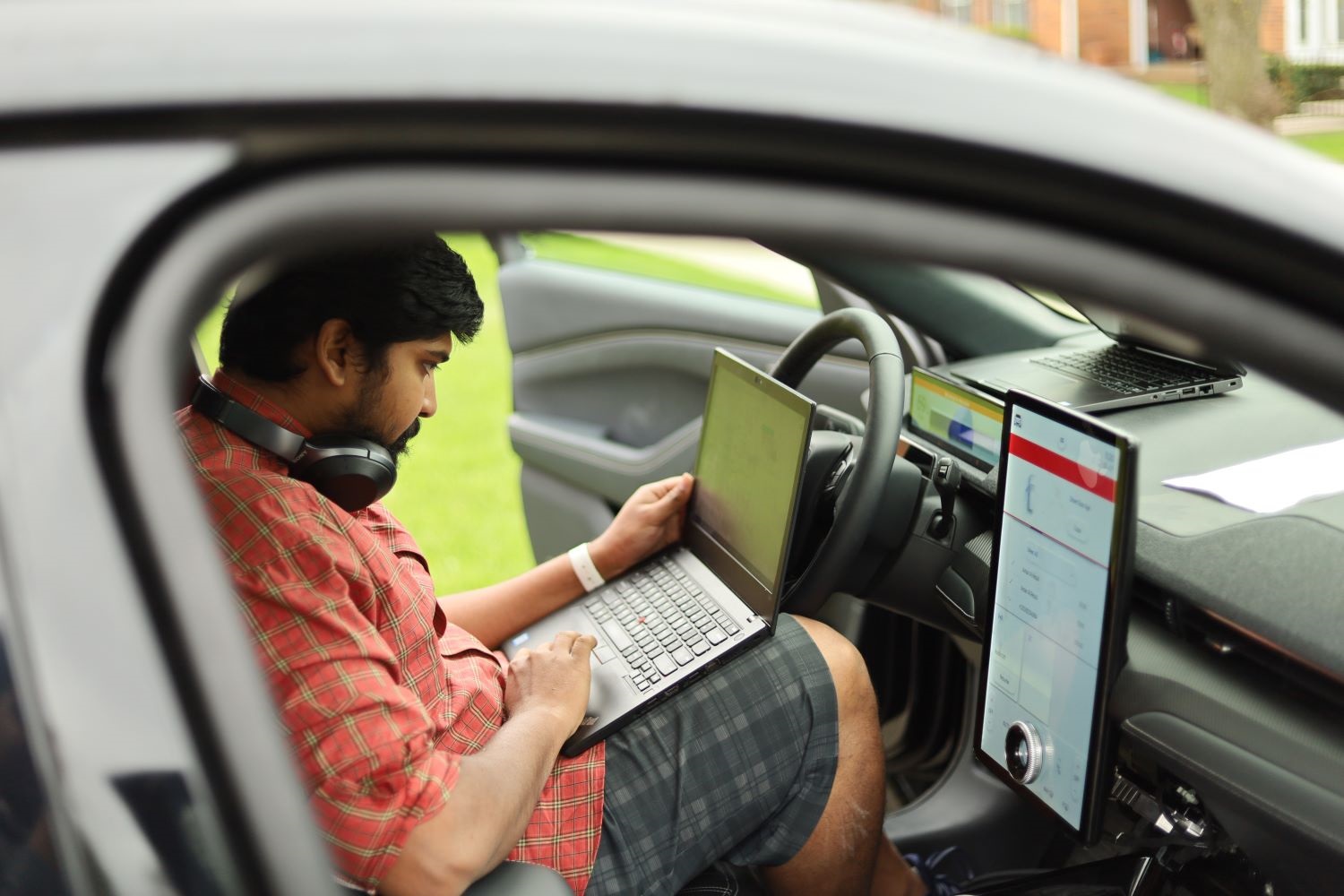