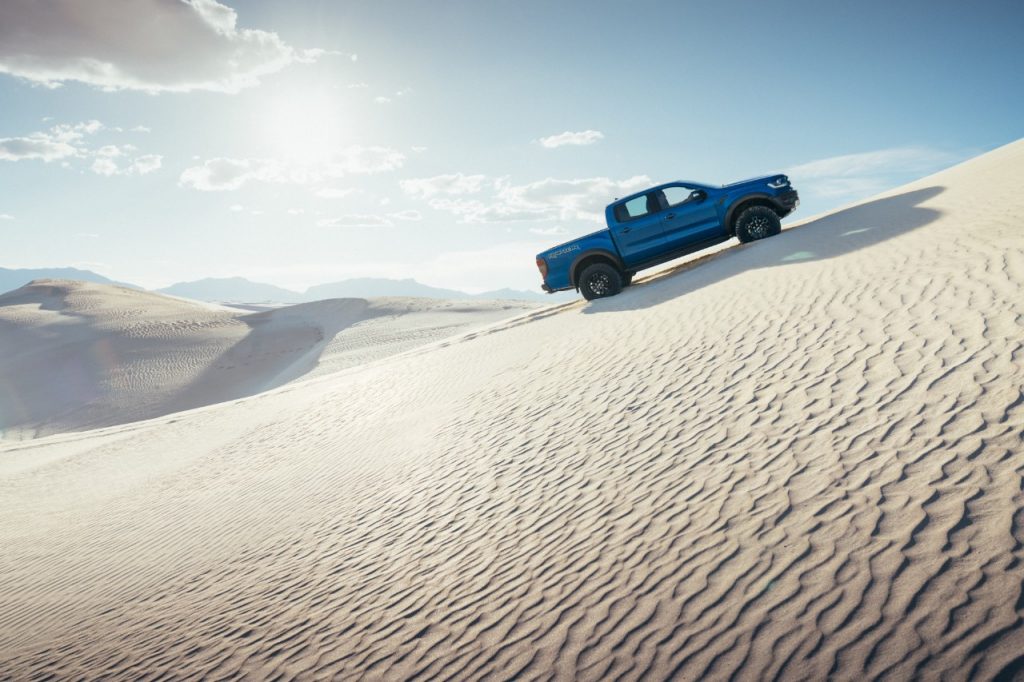 The brand-new, high-performance Ford Ranger Raptor pickup truck unveiled in Thailand this week is not coming to North America, but Ford Motor Company hasn’t ruled out the possibility that the market could receive its own desert-running mid-size Raptor.

On the contrary, when asked about it on Twitter yesterday, Ford North America Product Communications Manager Mike Levine responded that the automaker will “have more to share about Ranger Raptor at a later date.” That could mean a lot of different things, but context is everything, and crucially, the question was posed just after Levine shared an article from duPont Registry imploring Ford to bring the Ranger Raptor to the US.

Today’s announcement is about the launch of the new Ranger Raptor in Asia Pacific markets. We’ll have more to share about Ranger Raptor at a later date.

Should Ford Motor Company acquiesce to the requests of duPont Registry and other press outlets, we rather doubt that the North American Ford Ranger Raptor would pack the same 2.0-liter bi-turbo diesel engine as the truck shown this week. More likely, it would call upon a more highly-tuned version of the standard 2.3-liter EcoBoost I4 found in the new North American Ranger, or possibly step up to Ford’s 2.7-liter EcoBoost V6.

The regular, non-Raptor Ford Ranger pickup will enter production in North America in the latter half of this year, going on sale as a 2019-model-year vehicle.