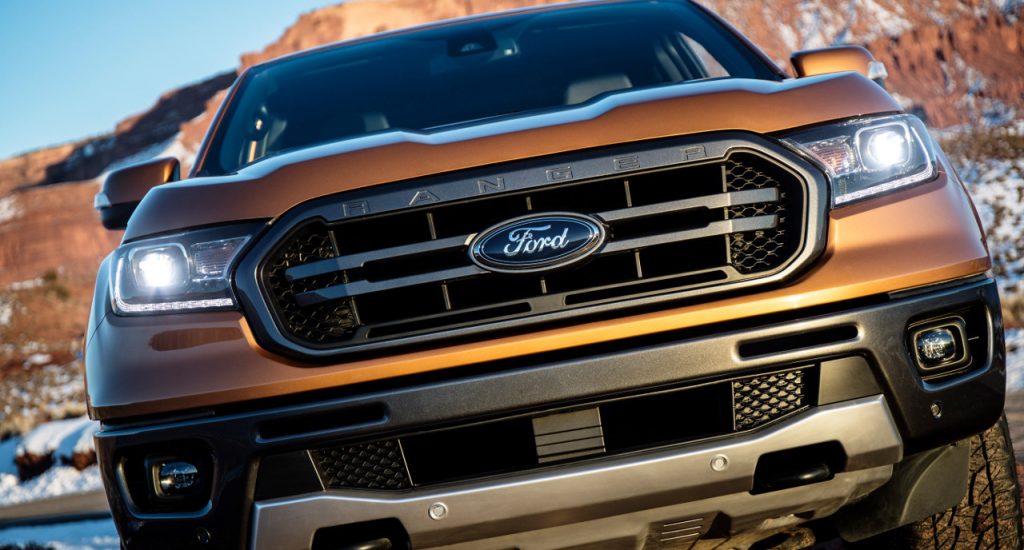 The all-new, North American Ford Ranger was unveiled last month with just a single powertrain option, consisting of Ford’s turbocharged, 2.3-liter EcoBoost I4 with a 10-speed automatic transmission. While that may be sufficient for a majority of customers, there’s certainly room in the market for another engine/transmission option or two; Chevrolet’s mid-size Colorado pickup truck can be had with one of three different engines.

More than likely, at least one more engine is on the way for the US-spec Ford Ranger, and thanks to some recent spy photos, we have some corroborating evidence.

Spy photographers have managed to capture on camera what appears to be a diesel-powered Ford Ranger Wildtrak testing in Michigan, Autoblog reports. You can check out the spy shots on that outlet’s website. As proof of the truck’s diesel-ness, one need only scroll through the photos to find the few with a clear shot of the fuel filler door, which has the word “Diesel” scrawled upon it on a piece of black tape. The truck’s being the rugged “Wildtrak” model is indicated by the roof racks, bed fairing, and side steps.

As for the styling, it’s pure North American-spec Ford Ranger. One can tell from the split-bar grille and small, rectangular fog lamps.

Granted, just because it was spied testing in North America does not necessarily mean it’s a North American product, and there’s some possibility that the global Ford Ranger could be speeding toward a refresh that would bring its styling in-line with the new North American version of the truck. Still, our money’s on a Ford Ranger Wildtrak diesel introduction in the US before too long. If we’re right, we’d expect the 3.2-liter, 185-horsepower/350-lb-ft diesel I5 from the Transit to lurk under the hood, although we can’t rule out the F-150’s 3.0-liter V6 diesel mill.

Stay tune for more on the possibility of a North American Ford Ranger Wildtrak diesel, and to see the recent spy shots for yourself, click here.