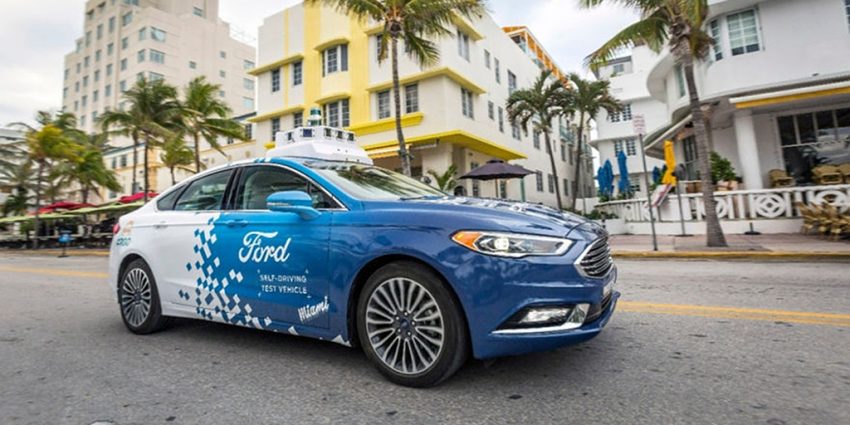 Ford Motor Company is deploying a fleet of self-driving delivery test vehicles in Miami, Florida in order to “test and prove” its autonomous delivery business model, company Vice President of Autonomous Vehicles and Electrification Sherif Marakby wrote in an essay published on Medium today. The automaker has already begun sending out its self-driving Domino’s pizza delivery vehicles in Miami, and will kick off a more broad-focus autonomous delivery trial with logistics company Postmates in March.

While Ford studies how its self-driving vehicles can help minimize the “cost of convenience” – by expediting delivery times, reducing labor costs, and reducing congestion city-wide – it will attempt to answer numerous other practical questions about automated delivery. These include how employees stock and send off the self-driving delivery vehicle, how customers interact with the vehicle to receive their goods, and how far they are willing to venture from their homes in order to take delivery.

Ford will also look into the issue of maintaining and dispatching the self-driving fleet, establishing its first autonomous vehicle operations terminal near downtown Miami. It’s where the vehicles will be housed whenever they’re not in use, and where they will be maintained and troubleshooted as necessary. The automaker says its extensive local dealer network will likely prove critical to the terminal, procuring parts and conducting repairs.