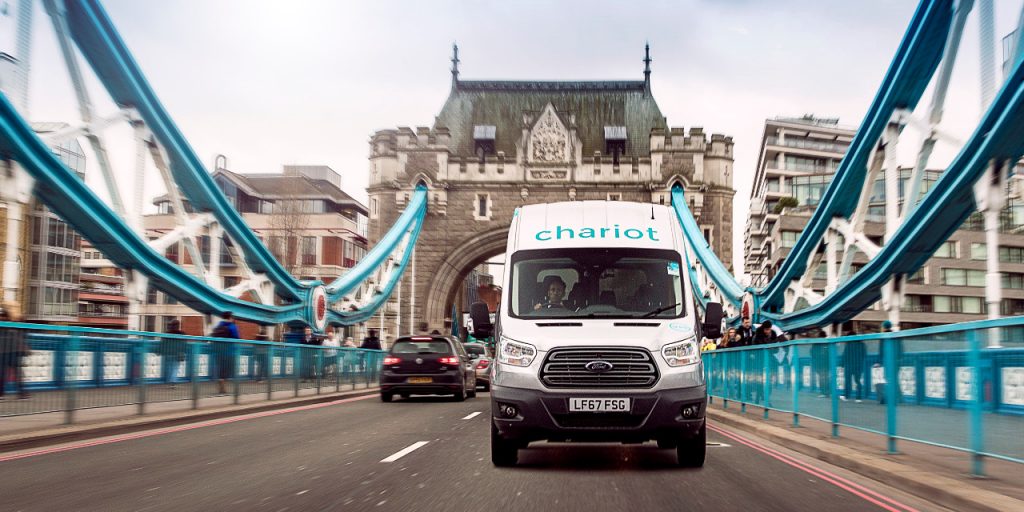 It was in September, 2016 that Ford Motor Company first announced it had reached an agreement to acquire San Francisco-based shuttle service Chariot. Since then, the company expanded the service to the US cities of Austin (Texas), Columbus (Ohio), New York, and Seattle, with its eyes set on an international expansion, starting with London.

Today, Ford Europe’s Director of Smart Mobility, Sarah-Jayne Williams, announced that Chariot has launched in the United Kingdom’s most populous city. There, the service will compliment existing public transport options, with four routes planned around helping people in areas of the city that are harder to reach at the present. The Chariot shuttles now operating in London are made from Ford Transit vans. They can hold up to 14 passengers, and offer air-conditioning and onboard WiFi.

“As well-served as London is by public transport, the daily commute can still be a bit of a slog for some in the city,” wrote Ms. Williams in a release. “Chariot is one way of providing residents with reliable, safe and affordable transportation.”

While Chariot’s launch in London signals the start of an expansion across Europe, Ford won’t stop adding US cities to Chariot’s roster. According to Reuters, Ford President of Mobility Marcy Klevorn said in an interview: “We’ve got a couple of other launches lined up and… one [in the US] I think fairly shortly.”