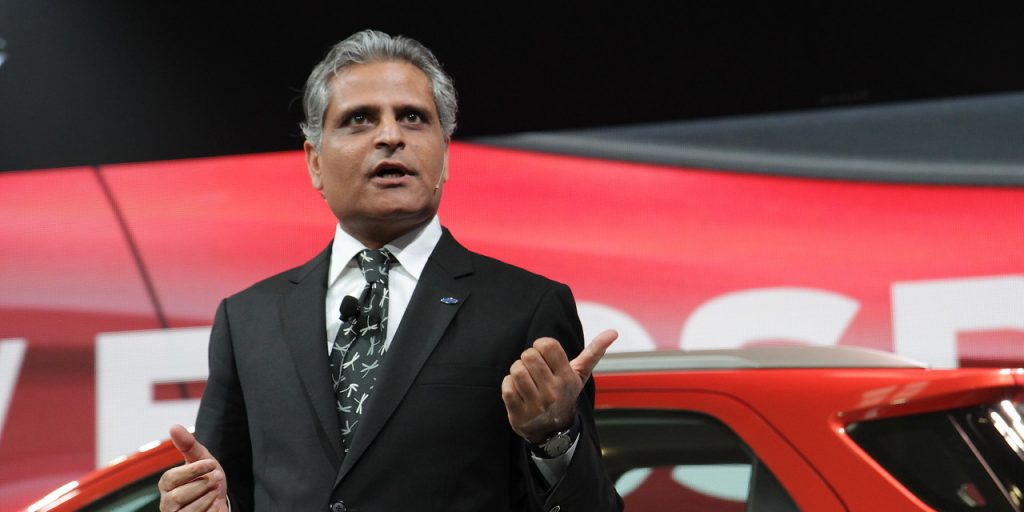 Kumar Galhotra, the head of Ford’s Lincoln Motor Company luxury division, has been named Raj Nair’s successor to the role of President in the North American market. Nair’s dismissal from the company was announced Wednesday, after an internal investigation into the former Ford executive’s conduct found “behavior inconsistent with the company’s code of conduct,” the company says.

Kumar Galhotra, 52, has been with Ford Motor Company nearly as long as Raj Nair had been – 29 years. As of March 1st, he’ll shift from his current role to leading all aspects of Ford’s North American business, reporting directly to Ford President of Global Markets Jim Farley.

“Kumar is an incredibly talented executive with a special feel for product and brand. He is also a seasoned leader who knows how to drive a business transformation,” Farley says. “Kumar is the right person to lead our North American business to new levels of operational fitness, product and brand excellence, and profitability.”

Replacing Kumar Galhotra as the head of Lincoln will be Joy Falotico, 50. Currently Chairman and CEO of Ford Motor Credit Company, Falotico has been named Group Vice President of Lincoln Motor Company and Chief Marketing Officer, effective March 1st. She’s served in a number of different global executive positions in her 29 years with Ford Credit.

Rowley’s replacement as Vice President of Strategy will be John Lawler, 51, who joined Ford back in 1990. He currently serves as Corporate Controller, and previously did a stint as Ford China Chairman and CEO. He’ll report to Bob Shanks – Chief Financial Officer.

Finally, replacing Rowley will be Cathy O’Callaghan, 49 – Ford Corporate Controller and CFO of Global Markets, effective June 1st. She, too, joined Ford in 1990, and she currently serves as Chief Financial Officer of Ford South America. Her replacement will be announced at a later date.

Ford Motor Company is “very fortunate to have an experienced and committed executive team in place driving every day to significantly strengthen our business while building toward our vision of becoming the world’s most trusted mobility company, designing smart vehicles for a smart world,” Ford President and CEO Jim Hackett said as the new executive appointments were announced.