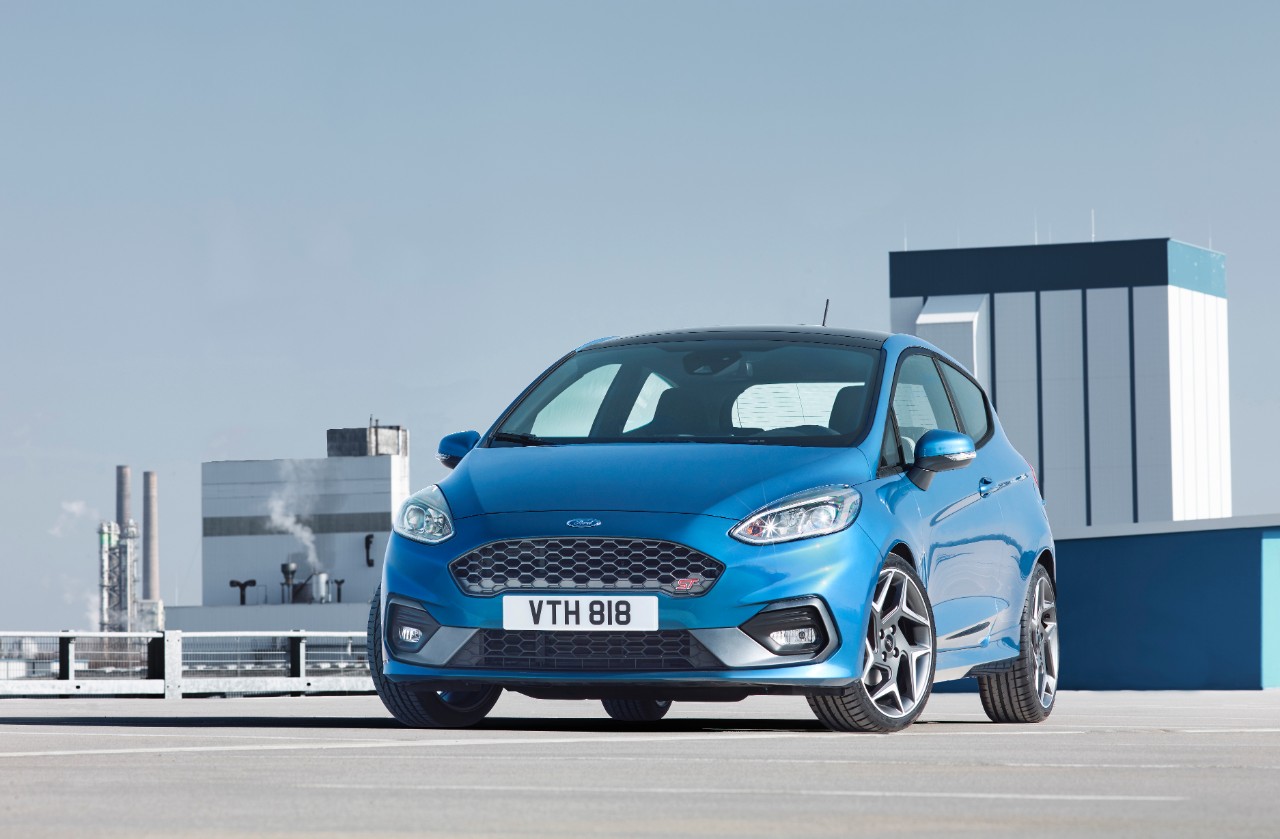 Ford this week revealed new details about the all-new Ford Fiesta ST hot hatch, the most important of which are these: that a Quaife helical limited-slip differential will be available as a factory option, and that the plucky little hot hatch will sprint to 100 kmph (62 mph) in just 6.5 seconds. That makes it quicker than even the special-edition Fiesta ST200 unveiled at the Geneva Motor Show in 2016, which packed 215 horsepower / 235 lb-ft of torque, and was given the benefit of four cylinders (instead of three) and an extra 100 cc of displacement, give or take.

In part, that acceleration is made possible by an optional Launch Control system, which delivers consistently strong launches by holding RPM at a certain preset limit until the driver dumps the clutch. Traction control, ESC, Torque Vectoring Control, and Torque Steer Compensation then all work in concert to deliver a steady, blistering start off the line.

But while the new Ford Fiesta ST’s acceleration is very much a tale of it doing more with less, its handling ought to be a case of doing more with more. The new Quaife LSD option promises to bolster the FiST’s front-end traction, earning its keep by delivering more grip at corner exit, especially. It’ll work alongside Ford’s brake-based Torque Vectoring Control, which takes a bite out of understeer by braking the inside front wheel under cornering.

“Performance car drivers will be familiar with the dreaded ‘one-wheel peel’, where a fast corner exit is hampered by an overload of torque to the inside wheel,” says Ford Performance Director of Europe Leo Roeks. “We’ve tuned the all-new Fiesta ST’s mechanical LSD option to work seamlessly with enhanced Torque Vectoring Control to deliver the best possible natural traction without ‘burning away’ excess torque with brake interventions.”

Further aiding handling is Ford’s patented “force-vectoring spring” technology, which uses special non-uniform, directionally-wound springs developed specifically for the Ford Fiesta ST to “apply vectoring forces to the rear suspension”, resulting in high lateral stiffness and sharp turn-in response. We very much look forward to sitting down with a Ford engineer who can further explain how it works, but at the least, we can tell you that these special springs achieve essentially the same stiffness as a Watt’s linkage, but with 10 kg less weight, and are compatible with traditional dampers.

The rear end still utilizes a twist beam, now with a roll stiffness of 1,400 Nm/deg (about 1,030 lb-ft/deg), which is the firmest of any Ford Performance model, the automaker says.

“Hot-hatch drivers are expecting big things from this small car,” says Roeks. “We’ve applied what we’ve learned from recent Ford Performance models including the Focus RS and Ford GT to develop an all-new Fiesta ST that sets a new standard for driving fun in its segment, with a throaty three-cylinder soundtrack that will speak to petrol-heads whatever their language.”

The all-new Ford Fiesta ST goes on sale this spring in Europe. If we’re lucky, the automaker will consider bringing it stateside, for old times’ sake. But we’re not holding our breath.

We’re Shocked A Ford Fiesta Can Do 108 MPH