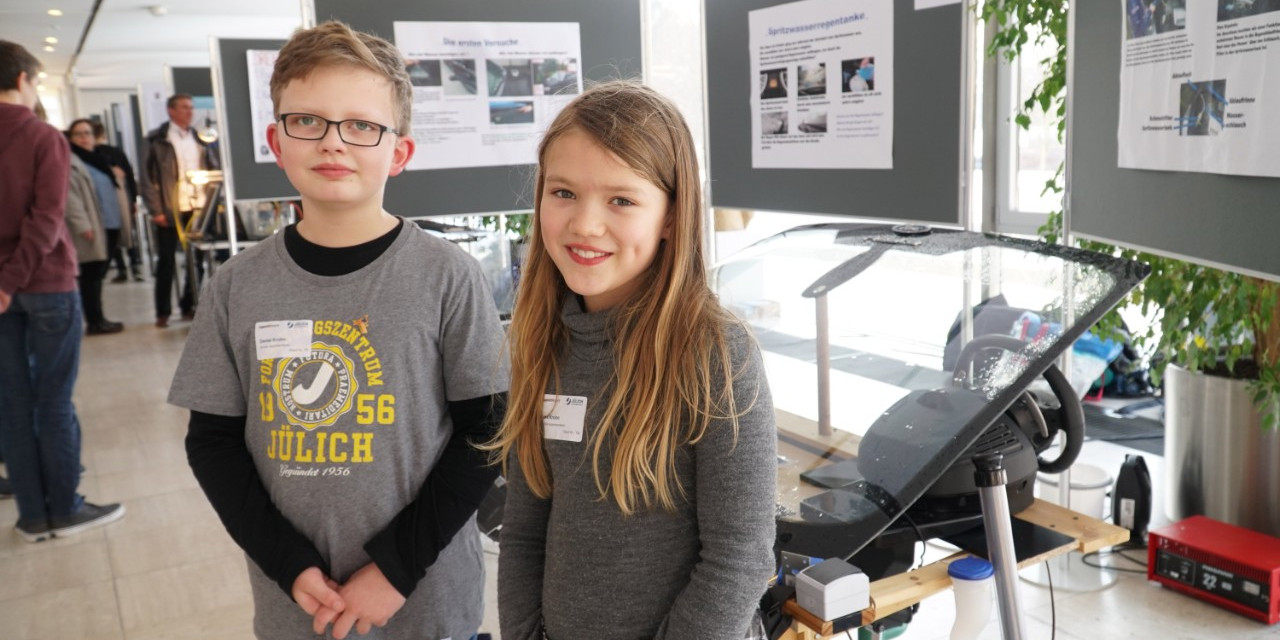 In Germany, eleven-year-old Daniel Krohn and his nine-year-old sister Lara had a rather bright idea recently. They were traveling in the car with their dad Gerd last summer when a downpour started, leaving grimy streaks on the windshield, prompting Gerd to try and clean it with the windshield washer system. Alas, the washer fluid reservoir was empty, and nothing came out of the spray nozzles, leaving the windshield to become dirtier and dirtier as they continued on.

But why not capture, filter, and recycle some of that rainwater to replenish the reservoir, giving Gerd on-the-go access to something he could use to clear his windshield? That was the solution that Daniel and Lara Krohn devised, and they were so determined to put it into practice that they rigged up a prototype using a toy Ford Focus RS.

“We couldn’t believe that no-one had thought of it before,” said nine-year-old Lara Krohn. “To try it out, we took apart our toy fire engine and fixed the pump to a model car inside an aquarium. Then we added a filtering system to ensure the water was clean. It just worked really well.”

The invention won first place in a local science competition, attracting the attention of Ford’s engineers, who were so intrigued that they reached out to Daniel and Lara Krohn, offering to build a working, full-size version of the rainwater windshield washer system in a Ford S-MAX. Rubber pipes are used to collect rainwater runoff from the windshield and funnel it into the windshield washer reservoir, with a filter to remove grit.

“Daniel and Lara’s idea has been staring drivers in the face for decades – and it has taken one moment of ingenuity to bring it to life,” says Ford Europe Body Exterior Hardware Supervisor Theo Geuecke. “In less than five minutes of rainfall the washer reservoir is completely full.”