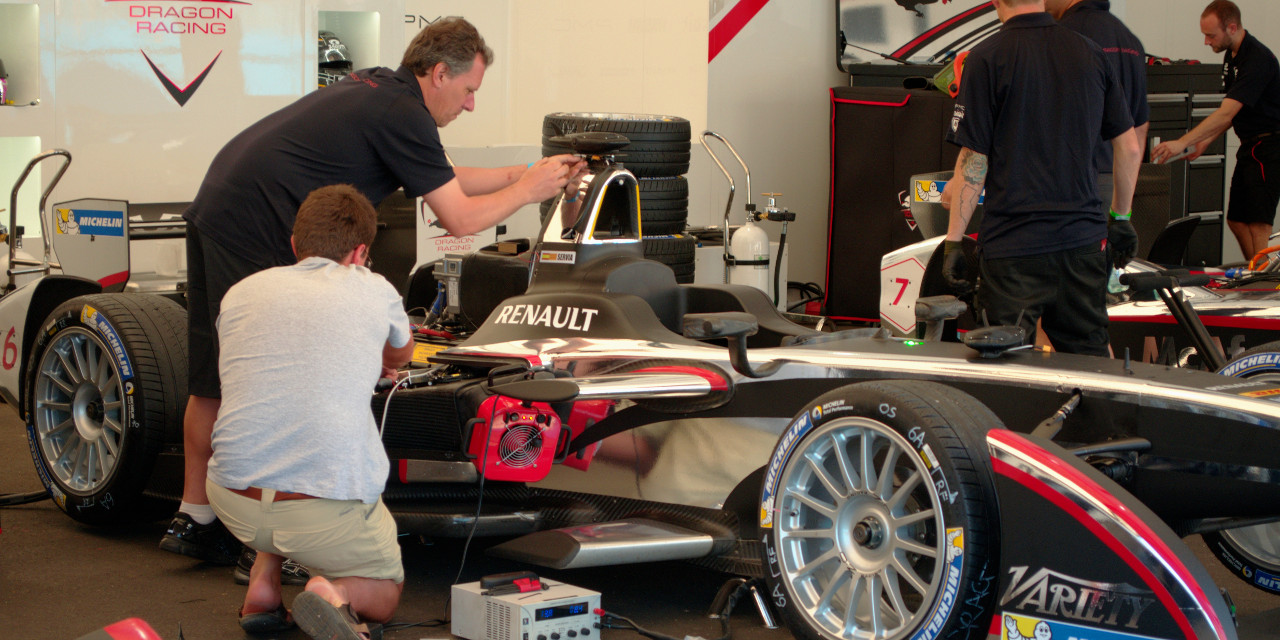 Ford Motor Company is considering tossing its hat into the ring in the ABB FIA Formula E Championship, e-racing365 reports, as the automaker prepares to invest $11 billion into broadening its range of hybrid and battery-electric vehicles over the next few years. The factory Formula E bid could effectively replace Ford’s FIA World Endurance Championship effort with the GT supercar.

The Blue Oval could get its feet wet in Formula E racing as soon as Season Five, a source told e-racing365, which will start late this year and run until summer, 2019. Ford is planning to drop the FIA WEC Championship after this year’s “super season,” which will run from May, 2018 to June, 2019.

The ABB FIA Formula E Championship has a firm 12-team, 24-car cap, and Mercedes-Benz and Porsche have already been confirmed as the eleventh and twelfth teams, respectively, to debut in Season Six (2019-2020). This means that in order to compete, unless another team drops out, Ford will have to partner with an existing Formula E team. According to e-racing365, the most likely candidates are the Jay Penske-owned Dragon Racing team, and DS Virgin Racing. Both are founding teams in the FIA Formula E Championship.

Ford is “realizing they should be involved in Formula E to some extent before viable avenues potentially close for it to become involved without difficulty,” the source said.

Ford refused to comment on the news, but were the automaker to get involved with the electric Formula E series, it would be the first American manufacturer to do so. Formula E founder and CEO Alejandro Agag reportedly made a trip to Detroit last month, although it’s unknown whether he met with Ford during the visit; last year, he said he expects “one or two more [manufacturers] to come in” via partnering with an independent team.

The Next Ford Focus RS Could Be A Hybrid, According To A Report