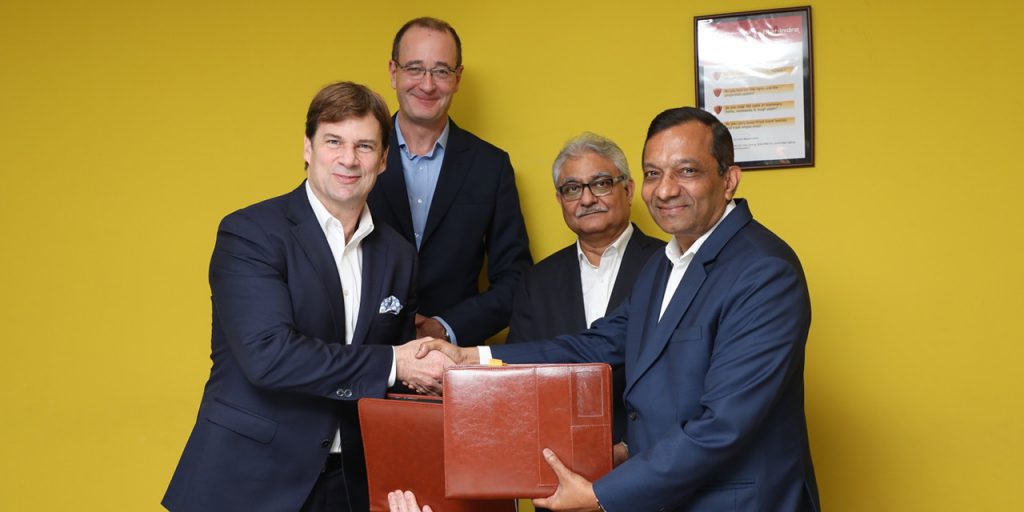 Ford Motor Company and India’s Mahindra Group have taken a step toward strengthening the strategic alliance they struck up back in September of last year, announcing plans to collaborate on several vehicles and new automotive technology. Specifically, the two companies have struck a deal to co-develop a mid-size SUV based on a Mahindra platform, to be sold by each company independently under different brands, as well as a suite of connected car solutions.

Ford and Mahindra have also agreed to evaluate the prospect of co-developing a compact SUV and an EV, and the two companies might even share powertrain portfolios.

“Today’s announcement is the next step in the collaboration between Mahindra and Ford,” says Mahindra Managing Director Dr. Pawan Goenka. “Both teams are working together on joint development areas in keeping with industry requirements and leveraging mutual strengths. We are excited about the synergies unveiled through this collaboration and the potential opportunities it will bring.”

Ford has struggled to claim a sizable portion of India’s market share ever since relaunching there in 1995, surrendering most of the market to Suzuki and Hyundai. The automaker’s strengthened alliance with Mahindra could allow it to suit the needs of a greater number of Indian buyers, while simultaneously cutting down on development costs. To that end, Ford could do worse for a partner than Mahindra, which has been a leader in India’s utility vehicle segment for seven decades, and is the only Indian automaker with a portfolio of electric vehicles, Ford says.