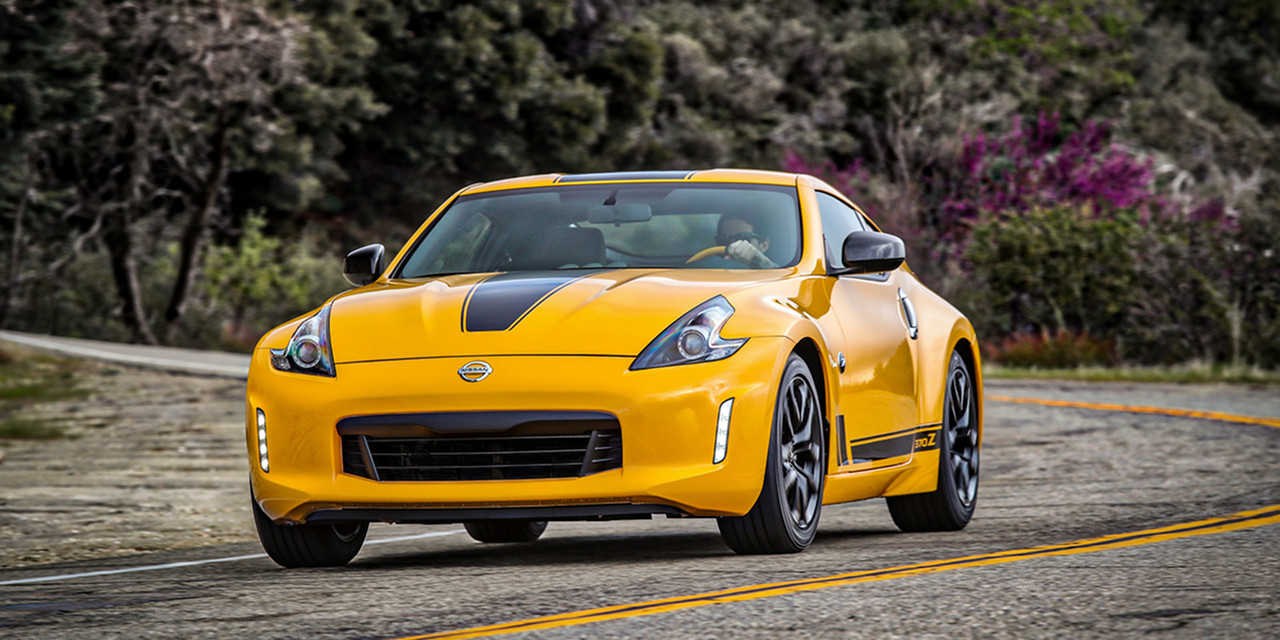 The Ford Mustang pony car could face fresh new competition from Japan in 2020, in the form of a new Nissan Z-car that could sell as the “Nissan 400Z” here in the states. The Z-car, first launched in 1969, has been around nearly as long as Ford’s iconic Mustang. Today, like the Mustang, it has two doors, a sleek and sporty profile, and a muscled, normally-aspirated engine that sits over the front axle, driving the rear wheels.

The forthcoming Nissan 400Z might change some of that, however, with Autocar reporting that the next Z-car could use a forced-induction engine for the first time since the “Z32” 300ZX sold in the US from 1989 through 2002. The engine anticipated under the 400Z’s hood is a twin-turbocharged, 3.0-liter V6 currently in use in the Infiniti Q50 and Q60, where it produces up to 400 horsepower.

That’s not enough to touch the 2018 Ford Mustang GT’s 460 horsepower, but it’s more than enough to outgun the Mustang EcoBoost, which maxes out at 310 horsepower.

Additionally, Autocar reports that a hotter “Nismo” version of the forthcoming Nissan 400Z is expected by 2021, using a tuned-up version of the same twin-turbo V6 to deliver 475 horsepower – as much as Ford’s new, 2019 Bullitt Mustang. Even more intriguing, the 400Z Nismo is expected to pack all-wheel drive.

Here in the US, the Nissan Z-car isn’t an icon on the same order as the Ford Mustang or its American-made rivals: the Chevrolet Camaro and Dodge Challenger. The current model – the 370Z – peaked in 2010 with 10,215 examples sold, according to CarSalesBase.com. That’s roughly an eighth of the 81,866 Mustangs sold here last year. We don’t foresee the future Nissan 400Z taking a very large bite out of the Mustang’s US sales when it launches in 2020 – nor can we see it threatening Mustang sales in Europe, where the Blue Oval icon has so far been a smashing success.

Where we can see the Nissan 400Z threatening the Ford Mustang, however, is at the racetrack – at least in “Nismo” guise. At roughly 3,700 pounds, the 2018 Ford Mustang GT is no lightweight, and the 400Z Nismo’s anticipated AWD system could help the Japanese sportscar claw its way out of corners with gusto – especially if the new car takes after the legendary GT-R.