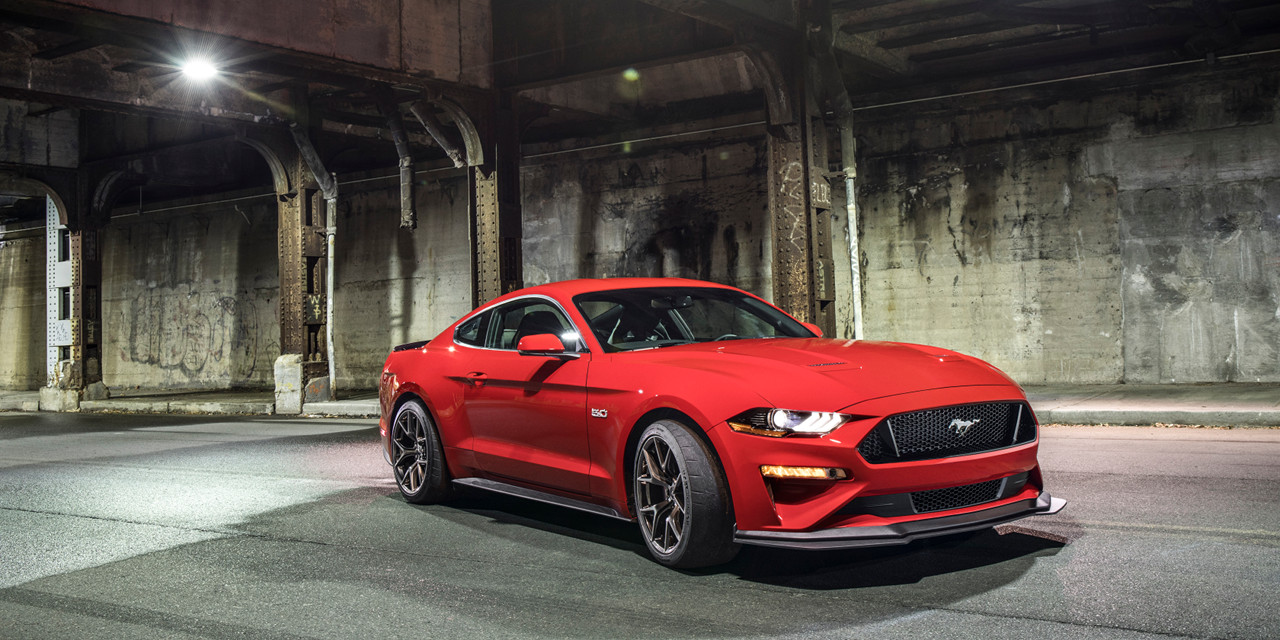 The Ford Mustang – already thoroughly refreshed for the 2018 model year – has been tweaked a tad yet again, gaining new colors, an available B&O Play audio system, and a couple of other options to help the Blue Oval pony car claw its way back to the top of the sales charts in the US. Last month, Dodge’s two-door Challenger pony car and four-door Charger muscle sedan both outperformed the Mustang in the showroom, although Ford is still well ahead of Chevrolet with regard to pony car sales so far this year.

In September, 2016, news broke that Ford had struck up a partnership with Bang & Olufsen subsidiary B&O Play, and would start bringing the Danish company’s premium audio systems to its passenger vehicles the following year. The Ford Mustang is the latest Blue Oval product to benefit from the deal, with Ford today announcing that the 2019 Mustang will offer a 1,000-watt, 12-speaker B&O Play audio system as an option.

No doubt many buyers will be happy enough with the soundtrack provided by Ford’s reworked 5.0L Coyote V8, but for those who prefer thumping music to a thrumming exhaust note, the newly-available B&O Play audio system ought to prove a welcome addition.

Also available for 2019 are three new exterior paint colors: Velocity Blue, Need for Green, and Dark Highland Green. That last shade comes from Ford’s iconic Bullitt Mustang, which is returning to ring in the 50th anniversary of the classic 1968 Steve McQueen film Bullitt, and all three hues “trace back to Mustang’s classic colors of the late 1960s and early 1970s,” according to Ford Car Group Marketing Manager Corey Holter.

“While colors like Shadow Black and Magnetic Gray will still be popular for those who prefer to go stealth, these new colors pack a brighter, more vibrant punch for 2019,” he says.

Finally, the turbocharged Ford Mustang EcoBoost and the V8-powered Mustang GT are each getting cool, model-specific new equipment for 2019 – the EcoBoost in the form of an available Active Valve Performance Exhaust borrowed from the 2018 Mustang GT, and the GT in the form of automatic rev-matching on manual-equipped Performance Pack models. The Active Valve Performance Exhaust means that 2019 Ford Mustang EcoBoost owners will have the ability to alter their exhaust volume at the push of a button. Automatic rev-matching means that stick-shift examples of the 2019 Ford Mustang GT Performance Pack will be able to match their engine speed and transmission speed during shifting, eliminating the need for a heel-and-toe maneuver while driving spiritedly.

The 2019 Ford Mustang will go on sale this summer.