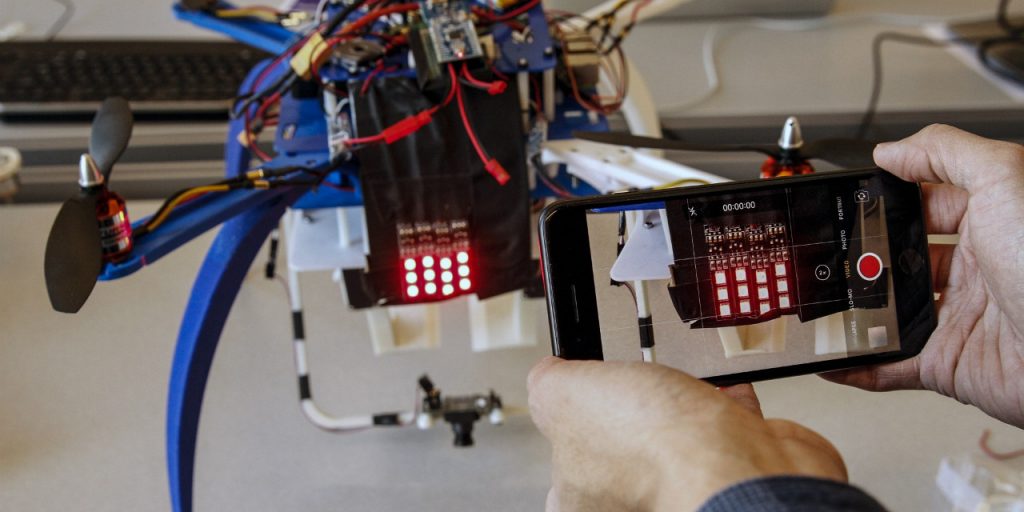 Unmanned Aerial Vehicles – or UAVs – aren’t necessarily the first thing one associated with Ford Motor Company, but the US automaker is, nonetheless, rather interested in the rapid proliferation of “drone” technology. Ford is looking at how unmanned drones can be deployed for surveying/scouting, delivery, and transportation, for instance, an the company’s Palo Alto-based UAV Systems group has even developed a customizable drone development platform that allows the automaker to study and test for integration between unmanned aircraft and its range of cars, trucks, and SUVs.

In the proposal’s white paper, Ford notes that the range could be extended by as much as 20 times to about 1,600 feet – nearly a third of a mile – using common SLR camera lenses, Engadget reports. And because the software that captures/decodes the drone’s light-transmitted identification number, members of the general public could use a mobile app to tag and report misbehaving UAVs.

There are problems with Ford’s approach, of course, such as how lighting conditions could affect the legibility of a beamed code, but it’s a lower-cost alternative to what dronemaker DJI proposed: making every drone in the sky broadcast their ID and position over radio.

Drones are a big deal, and they’re getting bigger by the day; according to the FAA, the number of unmanned hobbyist drones in the air could more-than-double to 4.3 million by 2020, up from 1.9 million today. And it’s for good reason that Ford Motor Company has an active interest in their growth, as the automaker’s Smart Mobility strategy sees it broadening its focus to include transportation technologies beyond the scope of consumer cars, trucks, and SUVs.

Ford is currently the only automaker on the FAA’s Aviation Rulemaking Committee.