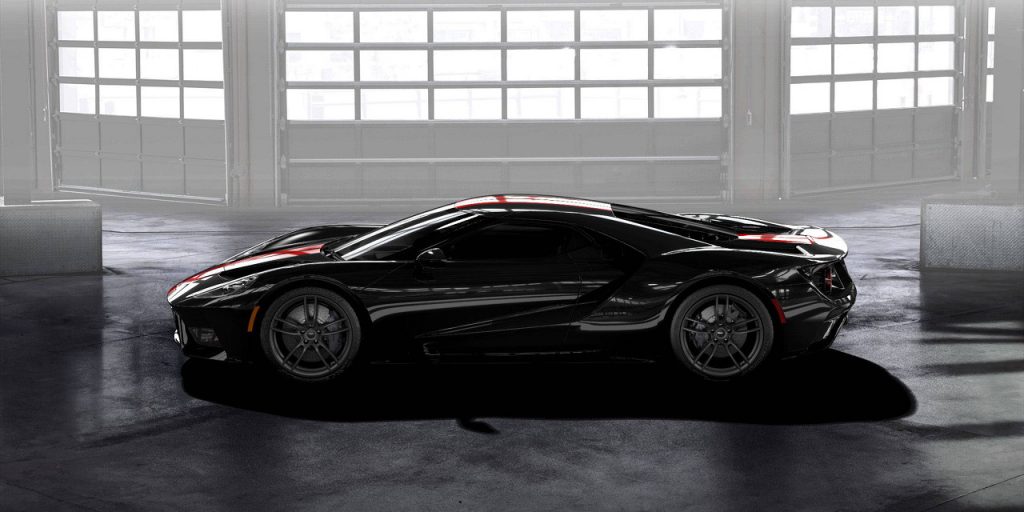 Matt Farah of The Smoking Tire was just granted an opportunity extended to a select few motoring journalists: to test and review the second-generation Ford GT supercar. The full review is still pending, but while we wait, The Smoking Tire has released a nearly-five-minute clip of Farah driving the limited-run supercar around the Angeles Forest, with a soundtrack composed entirely of the bellowing roar of the twin-turbocharged 3.5L V6, and what little road and wind noise can pierce through it.

That engine, rated at 647 horsepower in the 2017+ Ford GT, was tested in the top-most tier of the IMSA SportsCar Championship racing series, powering the Ford EcoBoost/Riley Daytona Prototype for a couple of years. While it’s attracted its fair share of derision for having any fewer than eight cylinders (the 2005-’06 Ford GT, like the classic GT40, called upon a V8 for power), a version of the same engine powers the lauded 2017+ Ford F-150 Raptor, to great effect.

The current, second-generation Ford GT will be produced through 2019 or 2020, with an upper limit of 1,000 cars in total. It competes in the GT Le Mans class of the IMSA WeatherTech SportsCar Championship series and the GTE Pro class of the FIA World Endurance Championship. Ford Performance has set a 2019 expiration date for both Ford GT racing programs.

It’s a very special car, and Matt Farah is lucky to have secured a go in it. To see the seasoned automotive media professional drive it around the Angeles Forest, at a clip we’re guessing comfortably exceeded the posted speed limit, watch the video above.