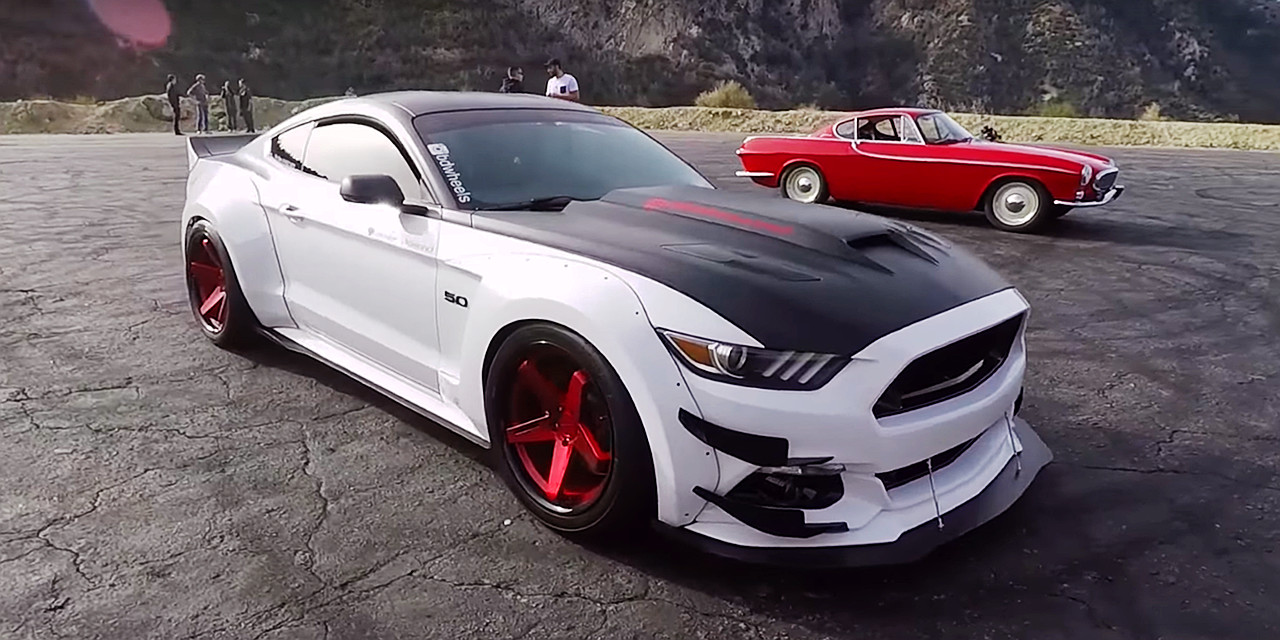 Originally debuting at the 2015 SEMA Show in Las Vegas, this widebodied, supercharged Ford Mustang GT, built to show off Blaque Diamond’s high-end luxury wheels, is perhaps not for everyone. It’s been widened by eight inches overall, courtesy of an AMP Alpha X Widebody kit that also incorporates a broad carbon-fiber front splitter, carbon front air canards, a ducktail, and some other bits. It rides on an Air Lift suspension, rolls on a set of rather JDM-looking five-spoke Blaque Diamond wheels – 20 by 10.5 inches front, and 20 by 11.5 inches rear – and packs a bolt-on supercharger kit good for around 700 horsepower.

But however you feel about Blaque Diamond’s 2015 SEMA car and its “everybody-look-at-me” aesthetics, Matt Farah of The Smoking Tire seemed quite impressed with the way it rode and handled when he drove the custom build for an episode of “One Take” a few weeks ago. Turn-in and mid-corner grip were better than he’d expected, he said, and the Air Lift system did a good job at maintaining body control and transmitting feedback for the driver.

This 2015 Ford Mustang GT’s Air Lift suspension gives the driver the ability to adjust ride height at the press of a button. The use of air spring-based suspension setups in custom automobiles is still relatively new, but as Farah alluded to toward the beginning of the video, such systems can be very competent in high-performance applications. Farah mentioned Cody Miles, who built an Air Lift-equipped Subaru STi time attack car that’s proven very competitive, taking the Redline Time Attack Championship, Global Time Attack Pro Championship, and a few track records.

Be sure to catch Matt Farah in Blaque Diamond’s custom 2015 Ford Mustang GT SEMA car above.