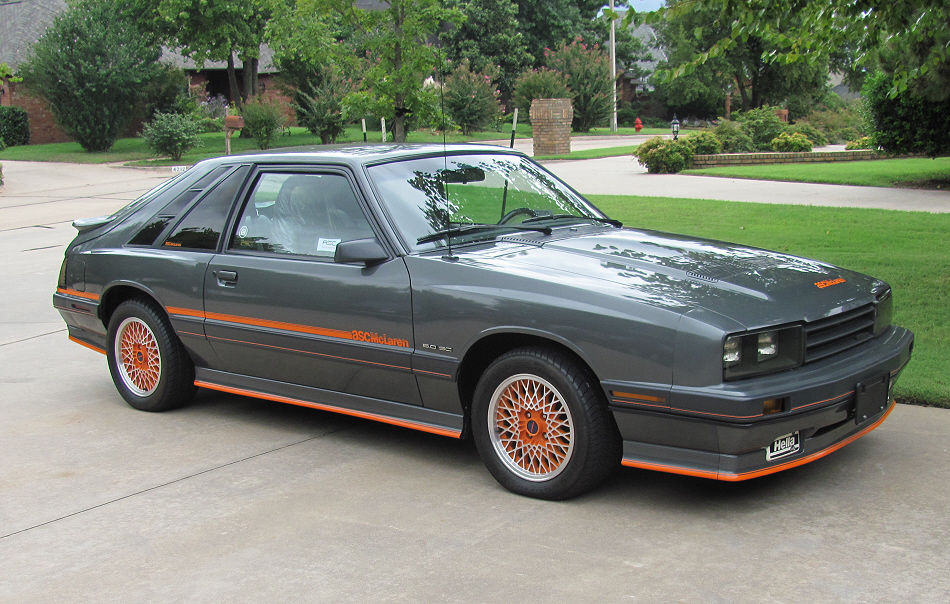 In the world of limited-production American tuner cars, there are few as obscure and strange as the ASC McLaren Mercury Capri, born out of a collaboration between American Specialty Cars (ASC, formerly “American Sunroof Company”) and McLaren. That’s not quite the same outfit as the contemporary British supercar-maker McLaren Automotive, mind you, but rather a branch of Bruce McLaren Motor Racing Ltd.

Up for sale now on auction site eBay, this well-preserved 1986 ASC McLaren Mercury Capri RS has, somehow, just 691 actual miles on the odometer. Built on Ford’s long-running, RWD Fox platform, perhaps better known as the underpinnings of the third-generation Ford Mustang, the ASC McLaren Capri packed a 302-cubic-inch, high-output V8 paired with either a five-speed BorgWarner T-5 manual, or a four-speed Ford AOD automatic with overdrive. This example has the latter transmission, sadly, but its 1986 version of the 302 H.O. was factory-rated at 200 horsepower and 285 lb-ft of torque thanks to a 9.2:1 compression ratio, sequential fuel-injection, tuned intake, and tubular exhaust headers with dual rear outlets, according to Hemmings.

The engine went untouched by ASC and McLaren, who instead focused on aesthetic and suspension upgrades. Stylistic touches included an add-on front air dam with driving lamps, add-on rear fascia, rocker panel appliqués, body-size graphics, and custom lace-design wheels. The company also converted so many examples during the model’s run into convertibles, chopping off the roof and bending back the A-pillars by about two-and-a-half inches. Needless to say, this example is not one of those convertibles.

McLaren’s contributions to upgrading the suspension included upgrading the front coilovers, fitting altered-rate coil springs in the rear with an anti-tramp “Quad-Shock” system. Ride height was dropped by one-and-a-quarter inches in the process, while the shocks utilized unique valving to provide improved road feel.

This 1986 ASC McLaren Mercury Capri RS, which is one of just 115 built per the eBay listing, is asking $29,500 or best offer. At the time of this writing, just three hours are left on the listing, meaning that chances are strong it will expire without selling.