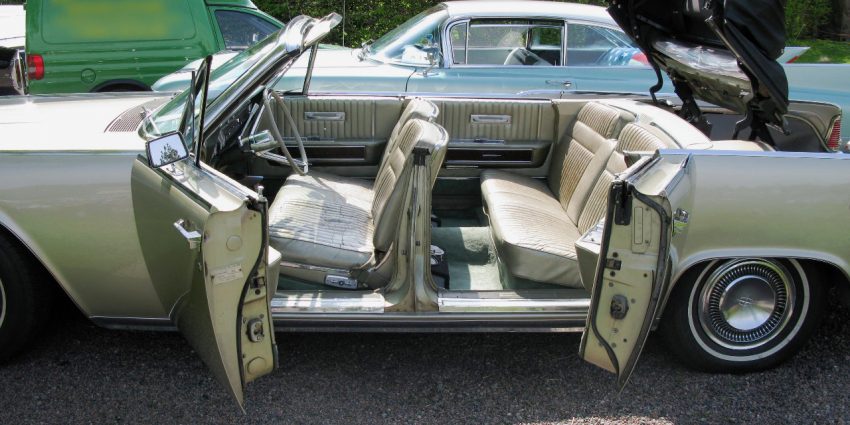 An update is planned for the Lincoln Continental that will bring rear-hinged “suicide” doors to the luxury sedan, dealers were told at a Ford brand meeting at the 2018 National Automobile Dealers Association Show over the weekend. Suicide doors have long been associated with Lincoln’s past of building elegant, premium motor vehicles, with the brand’s last production implementation being on the fourth-generation Lincoln Continental, sold from 1961 through 1969.

Rear-hinged doors have generally fallen out of favor with automakers for safety reasons; if such a door is opened at speed, the air rushing past the vehicle will push the door further open instead of forcing it closed. Even when the vehicle is parked, the design of the door is such that, should a car approaching from the rear hit it while a passenger is exiting, he or she is much more likely to be struck by the door.

According to Automotive News, Ford did not go into any detail with regard to the planned timing or design of the Lincoln Continental’s future suicide doors, but they will likely appear only in the rear of the sedan, with front-hinged doors up front – just like in the ’61-’69 Continental. Asked about the doors, a spokesperson for the luxury brand said only that the Continental “is an important part of the Lincoln family.”

“We have nothing to announce today relative to any future products plans,” the spokesperson said.

Earlier in the month, Ford Authority learned that the Lincoln Continental will allegedly be discontinued after the current, tenth-generation model reaches the end of its life cycle. According to our source on that matter, the suicide doors have been a part of the Continental’s plans since before its introduction for 2017, and the spiffy future design feature has no bearing on whether or not the luxury sedan is axed in the midterm future.