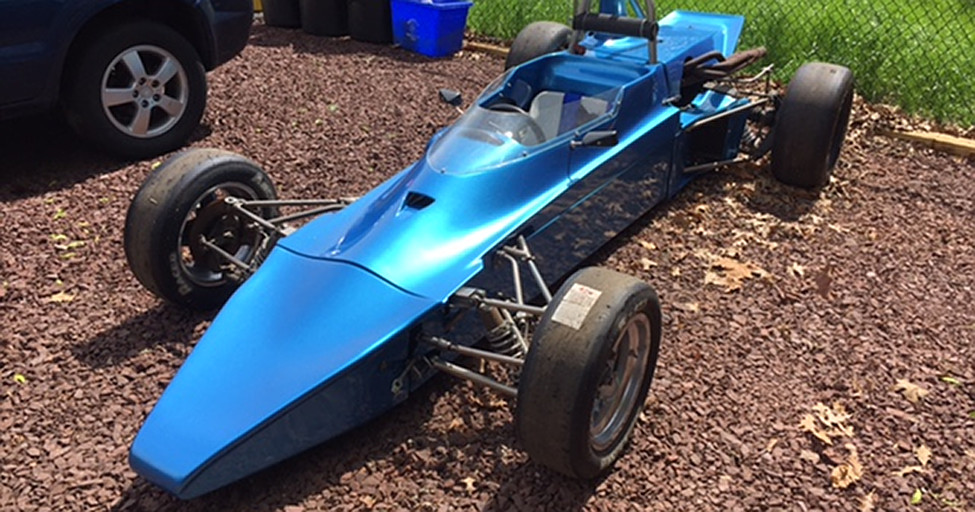 Have you ever wanted to be a racing driver? Of course you have. And now might be your chance, thanks to a 1973 Lola T340 Formula Ford race car listed on the auction site Bring A Trailer. The car was shipped over to the US from the UK in 1980, according to the listing, and the current owner campaigned the car in the Northeast from the time they acquired it in 1997, to 2014, taking an RCCA class win in 1998, and achieving a podium finish multiple times at Pocono, Watkins Glen, Evergreen, and Thompson Speedway.

After 2014, the body was refinished in its current metallic blue, fitted with American Racer slicks, and treated to a new clutch, battery, harness, and a rebuild for its 1600-cc Ford Crossflow inline-four. The rebuild included new pistons and connecting rods, new bearings, a new camshaft, and a crankshaft re-grind. The engine makes just a tad better than 100 horsepower – not a whole lot, but more than enough to motivate the sub-1,000-pound race car in a right hurry.

After all that work was completed, the car sat, waiting in its current owner’s workshop away from the elements for someone new to come along and ply it on the racetrack once again.

As of this writing, there’s about four hours left to bid on this excellent, well-maintained Lola T340 Formula Ford race car, and the highest bid stands at $5,700. Auto racing is a notoriously expensive sport; anytime you can get a good, pre-built racing machine for well under $10-grand with spares (multiple wheels, replacement bodywork), it’s worth a think.