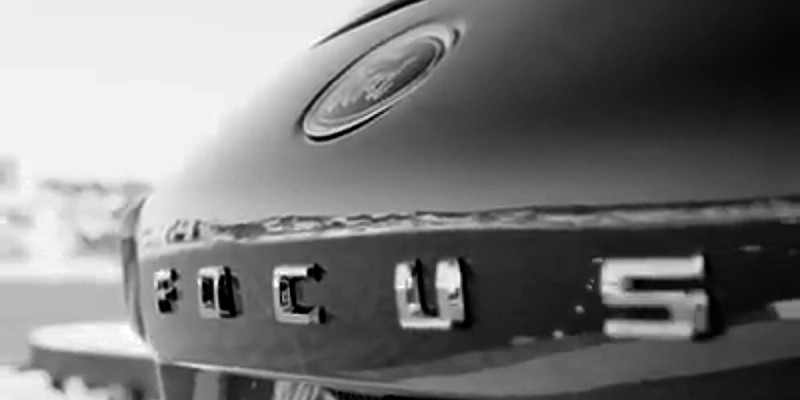 An all-new iteration of the popular Ford Focus compact car will break cover soon before going on sale as a 2019 model, and thanks to a teaser trailer shared by Ford Romania, we now have an official reveal date: April 10th, 2018. The teaser video doesn’t reveal much of the new Focus’ exterior styling, providing just a few closeup shots of details like the front Ford badge and upper grille mesh, the wheels, a headlamp, and the rear hatch badging, but thanks to spy photos, we’ve already seen most of the car, anyway.

In fact, thanks to a photo published by Hungarian car news outlet Vezess in February, we can say with some confidence that the wheel design shown in this teaser trailer points to the featured car being an all-new Ford Focus ST model – or at least an ST-Line.

According to a report from Dutch site Auto Internationaal, the all-new Ford Focus compact car will feature a longer wheelbase than the outgoing version, while curb weight will decrease by as much as 110 pounds depending on the specification. The C-segment car is also expected to grow slightly wider, expanding the car’s cramped quarters to help appease discerning consumers. The interior will be completely redone, adopting a less-busy, more horizontally-oriented appearance like the new Fiesta has, and the cabin’s overall look and feel are expected to be noticeably higher in quality than the outgoing compact.

The new, fourth-generation Ford Focus will likely launch before the end of the year in Europe, while US customers can expect to have to wait a bit for production to start up in China around mid-2019. The North American-market Ford Focus was previously built at Ford’s Michigan Assembly plant, but the small car will move out of that facility this summer to make way for the new North American Ford Ranger.