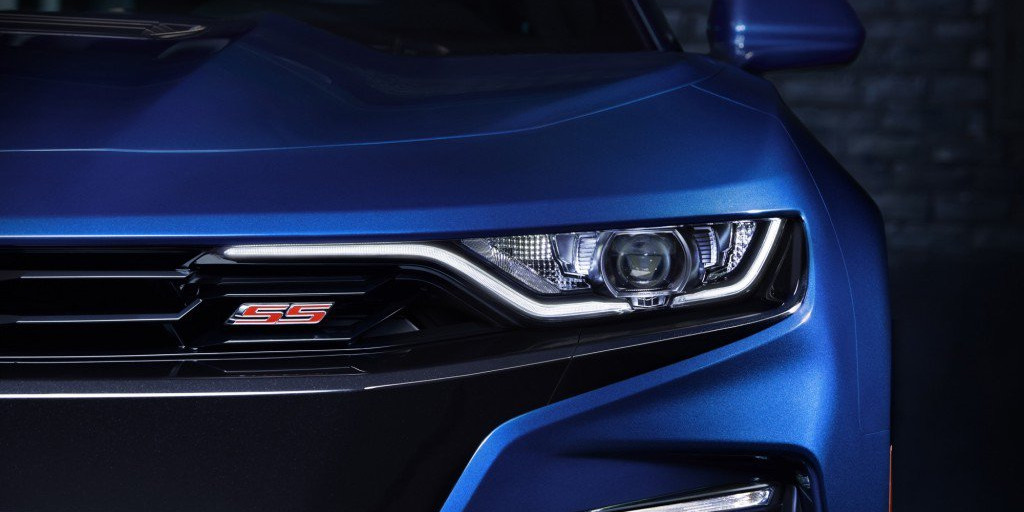 Chevrolet, ever optimistic that its Camaro pony car can present a credible challenge to the Ford Mustang in America’s showrooms, has refreshed the two-door for the 2019 model year, giving it a makeover that’s as much about improving aerodynamic efficiency as giving fans a pretty new face to look at. The Camaro SS has also been given the same Ford/GM 10-speed automatic transmission as is found in the updated, 2018 Mustang, while less-powerful models soldier on with an 8-speed.

So far, General Motors hasn’t tipped its hand with regard to any power and torque gains it might have made with the 3.6L V6, 2.0L turbo I4, or 6.2L LT1 engines offered in the Camaro, but it’s worth noting that, unlike Ford, Chevrolet seems committed to keeping its V6-powered pony car around for now. More importantly, while the Mustang GT saw its peak output rise from 435 to 460 horsepower for 2018 thanks to dual-injection, we suspect the Camaro SS will remain locked in at 455 peak horsepower, as it’s hard to imagine GM debuting a revised, more potent version of the LT1 V8 on the Camaro rather than on the Corvette.

As for the 2.0L turbo, gaining power and torque might be as simple as cranking up the boost. But with about 300 cc less total displacement than the Mustang’s 2.3L turbo I4, which itself now makes 350 lb-ft of torque for 2018 versus its old 320-lb-ft rating, it’s unlikely that the Camaro 2.0T will be able to match Ford’s EcoBoosted pony car. And where the 2018 Mustang EcoBoost has inherited the new 10-speed automatic option, it’s bowtie-badged rival must make do with eight speeds.

Yet powertrain aside, the 2019 Chevrolet Camaro promises to be the better driver’s car, thanks to its much lower curb weight. Rarely does lightness seem to draw in customers with quite the same pull as horsepower and torque (just ask Mazda), but for potential Mustang/Camaro customers who plan on hitting up the local road course at some point, a lower curb weight counts for a lot.

The front-end styling of the refreshed Chevrolet pony car has proven highly divisive so far, although early feedback indicates that the split is more “like it or abhor it” than “love it or hate it”. But functionally, the updates seem to be similar in intent to the 2018 Ford Mustang‘s partial restyling: better aerodynamics. The refreshed Mustang saw the leading edge of the hood drop by several inches over the 2015-’17 model, reducing the fascia’s surface area. Chevrolet perhaps hasn’t gone quite that far with its revamped pony car, but GM’s designers say that the new face is meant to minimize drag and lift, helping it cut through the air more efficiently.

Time will tell whether or not Chevrolet’s changes to the Camaro help it to close the sales gap with the sixth-generation Mustang, but if the styling turns out to be as divisive in person as it is in photographs, Ford may not have anything to worry about. For more information on the 2019 Chevrolet Camaro, you can read all about it on our sister site, GM Authority.