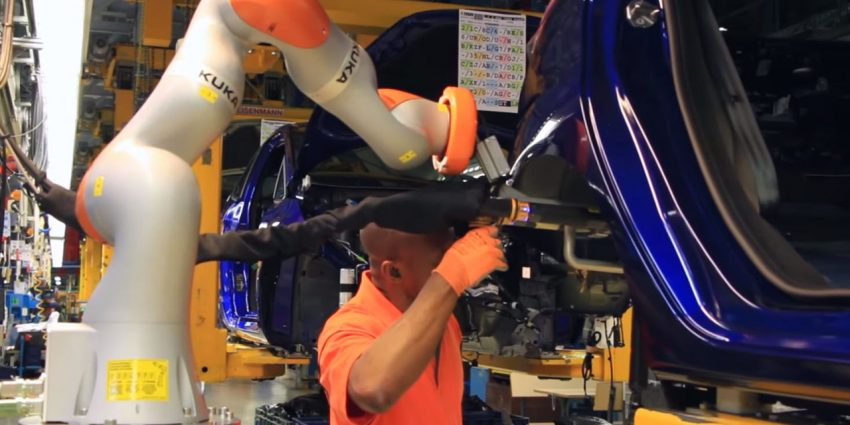 Ford Motor Company could start building electric cars in Germany after the current Ford Fiesta subcompact reaches the end of its lifecycle, Ford Germany Chairman Gunnar Herrmann told German newspaper Handelsblatt this week. The automaker’s Cologne Body & Assembly plant, where the Fiesta has been built since 1976, could be retooled to produce electric vehicles, he says.

Whether or not Ford actually takes the plunge has everything to do with whether the business case improves.

“It will be possible if the sales numbers are moving up more powerfully,” Herrmann told Handelsblatt. “Unfortunately, today electric cars are not especially profitable yet.” The Cologne plant would take around 15 months to retool for EV production, but the investment wouldn’t be worth it if electric vehicle sales were only around 30k to 40k a year, he said.

However, Ford might be more readily persuaded to retool Cologne Body & Assembly for EV production if the government were to provide subsidies, Hermann said. “The state [of North Rhine-Westphalia] could do its part to initiate the structural shift, as could the federal government,” the Ford Germany Chairman told Handelsblatt. There are signs that the German government might be committed enough to green transportation that it would provide such subsidies; according to Automotive News, the government wants to ease the tax burden on EV drivers, provide another 100k or more charge points across the country, and subsidize car-sharing.

Ford Motor Company in January doubled down on its commitment to electrified vehicles, announcing $11 billion in investments into the space by 2022, and plans to bring out 40 new electrified vehicles, 16 of which are slated to be pure battery-electric vehicles. So far, though, the automaker has little to show for it; Ford discontinued the C-MAX Energi PHEV not too long ago, and stopped producing its sole battery-electric vehicle – the Focus Electric – in Europe last April.