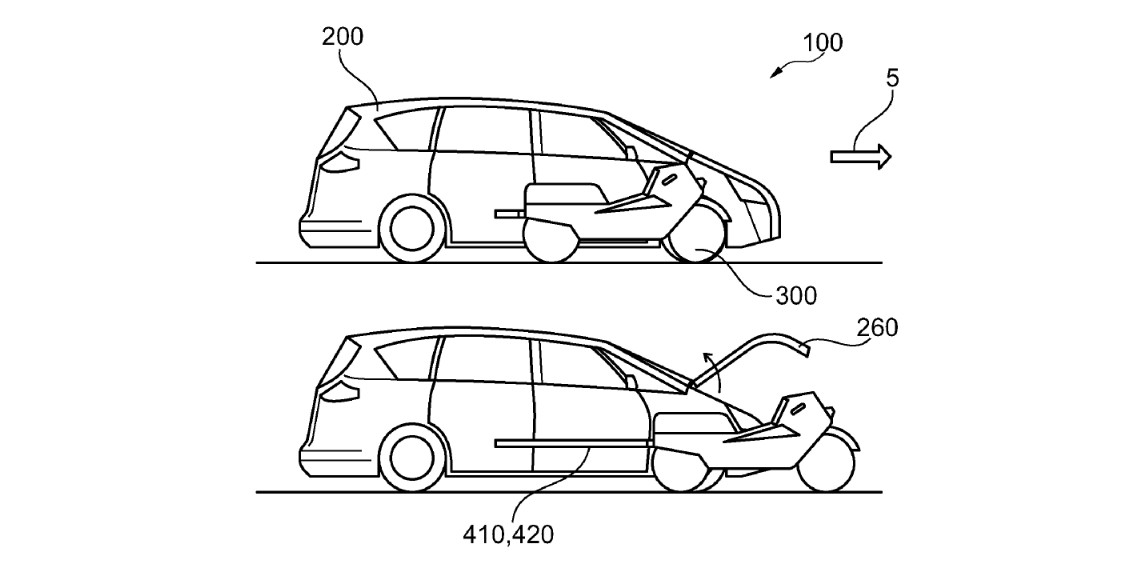 Ford Motor Company has had some pretty creative ideas before on how to tackle first mile-last mile transit – that is, transportation over the first and last distances of a journey (from your apartment to your car, from your car to the office, etc.) – but the company’s latest might take the cake. The folks at AutoGuide stumbled across a patent application filed by Ford last October that describes a car with a built-in motorcycle, which serves as part of the car when installed, but can be deployed independent of the car after parking.

When in the car, the motorcycle forms the center console, with the seat of the bike acting as an armrest with storage space. Propulsion for the car comes from either a rear-mounted engine, or hub-mounted electric motors, allowing the motorcycle to be removed from the front of the car through the hood when needed. A rubber seal blocks off the space in the center of the car that the bike used to occupy, and both vehicles are fully operable whether the bike is installed or not.

Ford’s patent describes a usage case in which the motorcycle, when installed in the car, is suspended off the ground, but it also describes one in which the driven wheel of the bike is left in contact with the pavement during operation, helping to propel the car along. The in-car infotainment system is actually integral to the bike, meaning that upon deployment, the rider has access to radio, bluetooth, GPS, and the like. Presumably, the screen also provides digital instrumentation in that case.

Of all the Ford patents we’ve ever perused, this is probably the least likely to ever reach production, but you never know; as hard as it is to fathom such an arrangement catching on with American consumers, countries outside the US – especially those in which scooters are already more widely popular – could bite. 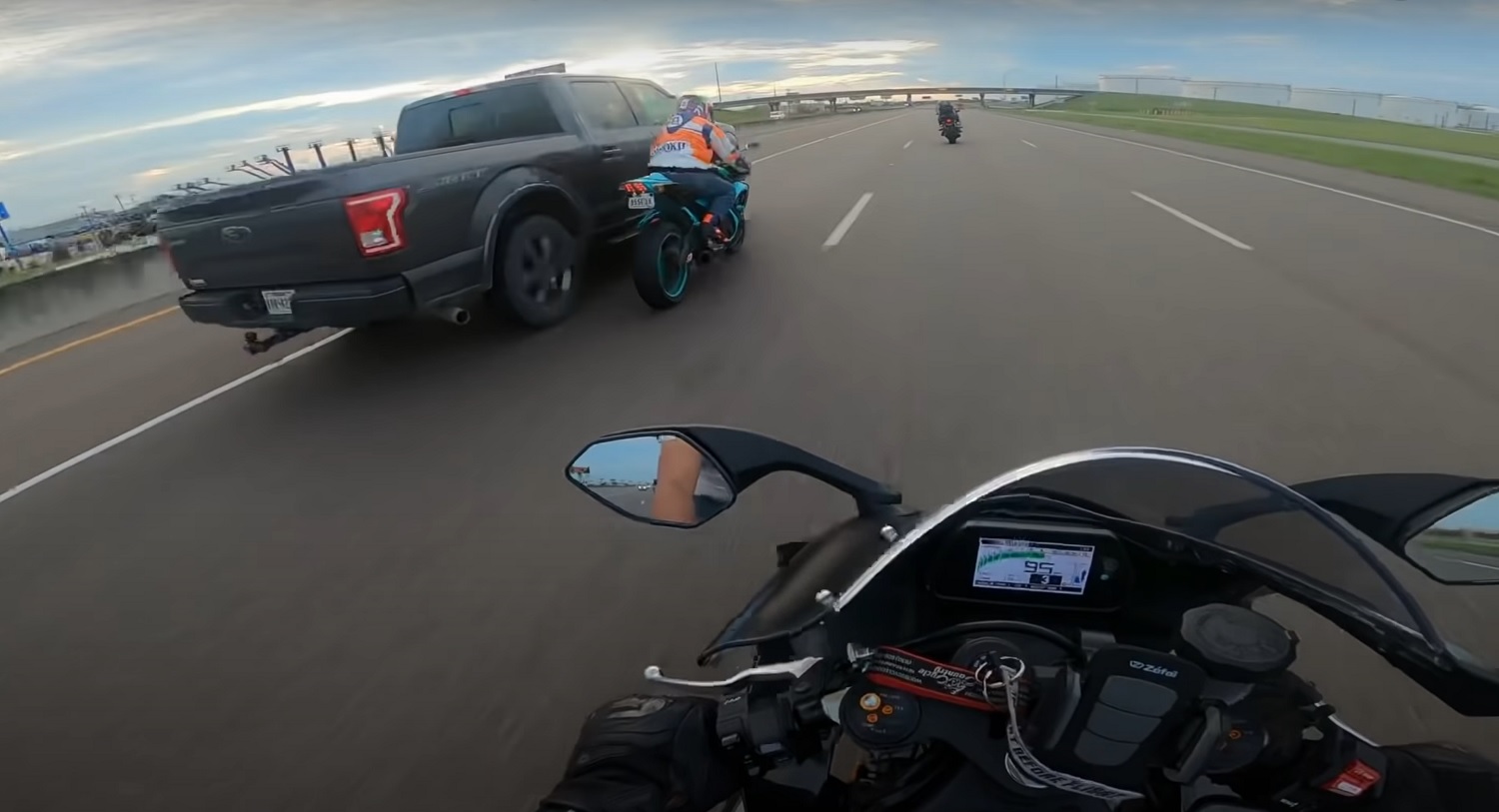 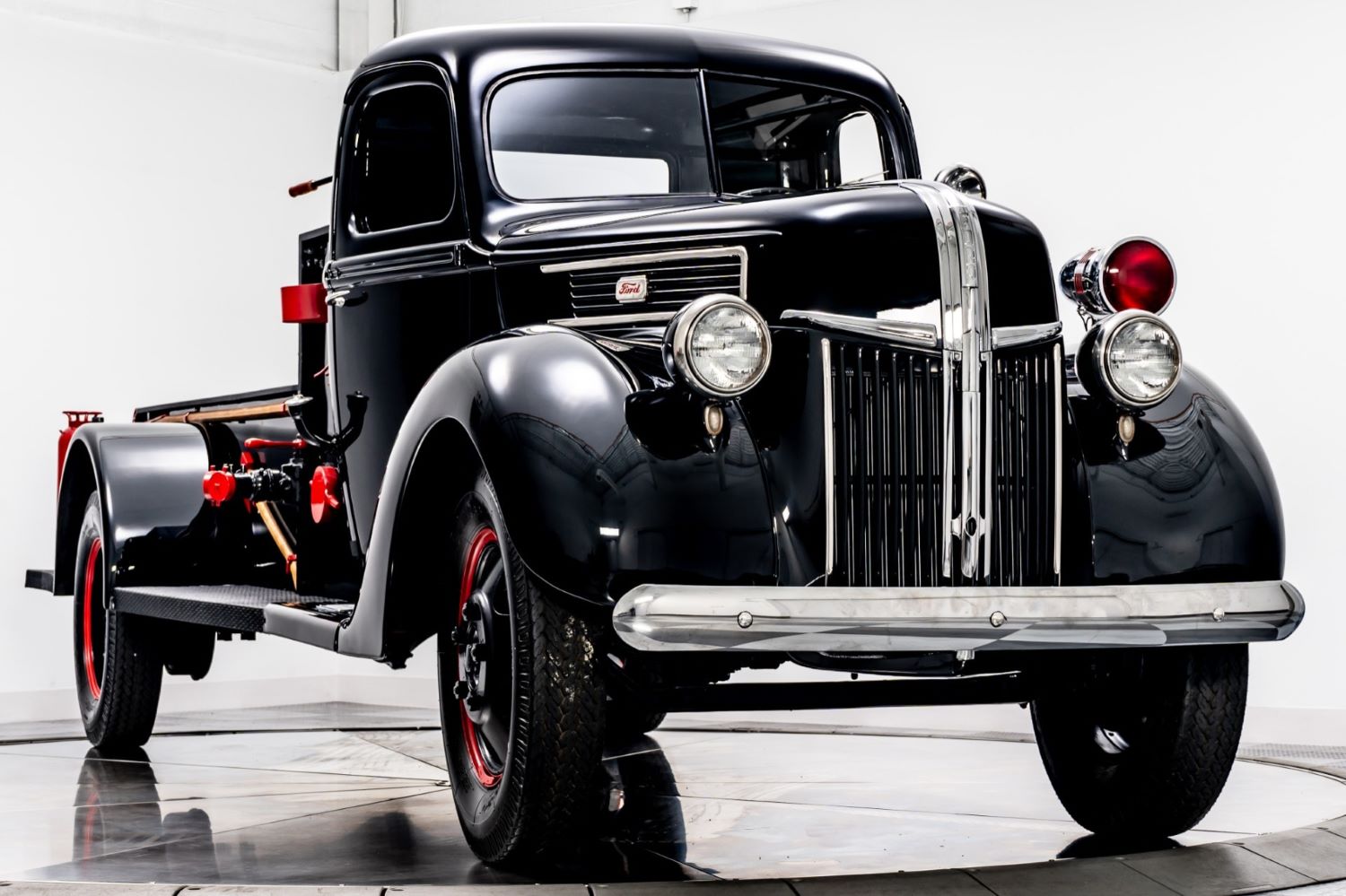