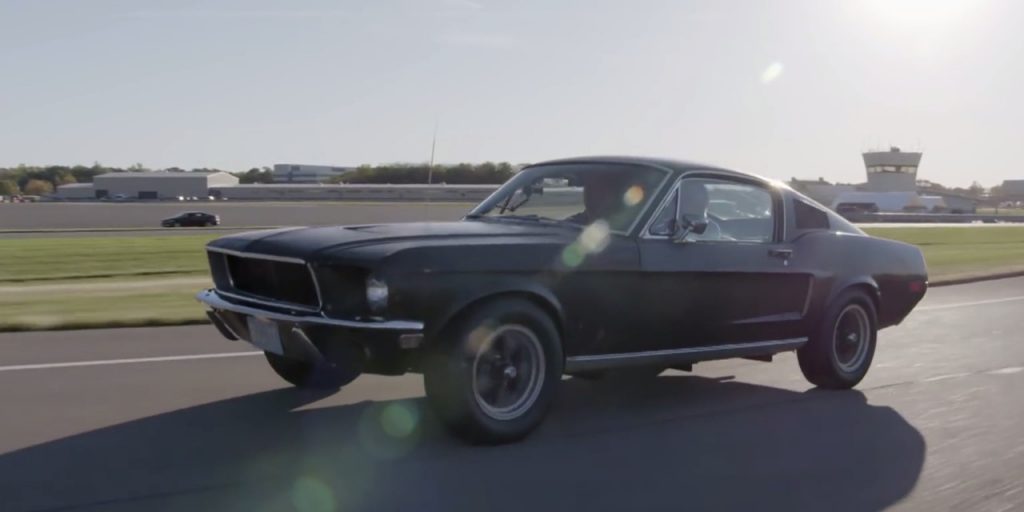 When the original Highland Green 1968 Ford Mustang GT from the classic Steve McQueen film Bullitt resurfaced this year after decades of obscurity, the car immediately became a hot property. Ford wheeled it out to the 2018 Detroit Auto Show so that the new, 2019 Bullitt Mustang would have some company on the show floor, and this month, it went on temporary display at the National Mall in Washington, D.C. for the Historic Vehicles Association’s “Cars at the Capital” celebration, housed in an illuminated glass case.

Now, famous comedian and noted car enthusiast Jay Leno has been given the chance to drive the 1968 Bullitt Mustang “hero car” back-to-back with its all-new modern counterpart. The car has been given a mechanical restoration so that it goes, stops, and turns as good as new, while the body has been left unrestored, still showing the obvious signs of wear that it’s acquired over the last 50 years.

The current owner of the original Bullitt hero car, Sean Kiernan, makes no secret of the fact that Steve McQueen himself was quite determined to buy the Mustang from the Kiernan family years after production had wrapped. He tracked down Sean’s father Bob in the mid-1970s to make an offer for the car, sending a letter that the Kiernans keep to this day, but he was rebuffed. In the following years, right up until 1980, Bob Kiernan logged thousands more miles before the clutch went out and Sean was born, forcing the Bullitt Mustang into early retirement.

“I think it just kind of accidentally became a secret,” Sean told Jay Leno. “We always knew that we wanted to do something with it, and I think that, you know, he was so busy, and then retired, and then he developed Parkinson’s… We always wanted to build the car and show it to the world.”

To see Jay Leno learn about the 1968 Bullitt Mustang and its modern-day equivalent, watch the video above from Jay Leno’s Garage.