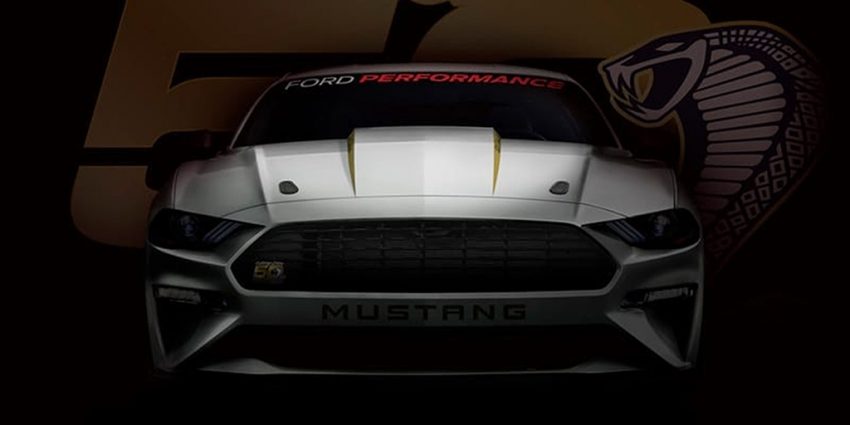 Ford today announced a new version of the production Ford Mustang Cobra Jet drag racer, fifty years after the original Cobra Jet was born. The automaker is targeting quarter-mile runs in the mid-eight-second range at 150 miles per hour, and production will be limited to 68 non-VIN production units – a nod to the year of the Cobra Jet’s birth: 1968.

The new Ford Mustang Cobra Jet is built around Ford’s refreshed, 2018 road-going pony car, but power comes from a supercharged, 5.2-liter Coyote V8. Incidentally, that’s precisely what we’re expecting to see under the hood of the next Shelby GT500, which was announced at this year’s Detroit Auto Show. In place of the street car’s independent rear suspension, there’s a unique four-link suspension with a 9-inch solid rear axle from Strange Engineering. Each example will be fitted with Racetech FIA seats, an NHRA-certified roll cage, and a special coil-over suspension designed specially for drag racing.

“From the very first Mustang Cobra Jets dominating the 1968 NHRA Winternationals to our modern-day Cobra Jet racers, the Ford Performance Parts team continues to build the Cobra Jet brand based on its success at the track over five decades,” says Ford Performance Parts Global Director Eric Cin. “That, in turn, has inspired generations of Mustang fans to create their own performance machines for the street.”

Final specs for the new Ford Mustang Cobra Jet will be released this summer, when Ford officially opens the order books.