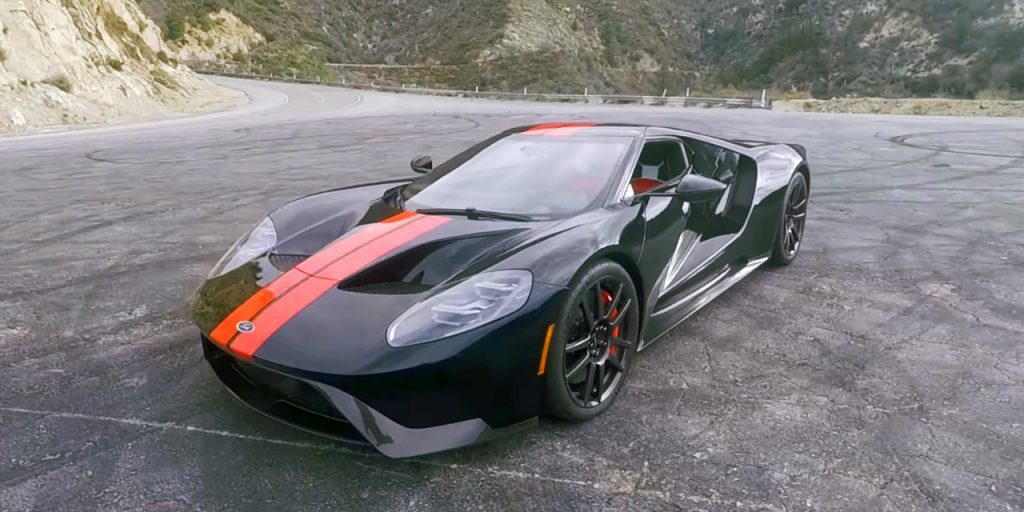 The Smoking Tire has just released its latest “One Take” episode, centered around the very same 2018 Ford GT supercar that we saw Matt Farah driving late last month. There’s a rather high probability that the black Ford GT with red Le Mans stripes is the very same example that Chris Harris drove for /DRIVE on NBC Sports, as a matter of fact – a program with which Farah, too, was involved.

Now, it’s Farah’s turn to dissect the car, and he starts off by dropping some interesting numerical figures. Its 187-inch length makes it one inch shorter than the Mustang, The Smoking Tire host says; its 78.9-inch width makes it as wide as the Explorer; and incredibly, its 43.7-inch height in the tallest suspension setting is equivalent to the max. front legroom of the F-150. Just think about that for a second.

Of course, the Ford GT doesn’t have the V8 of the Mustang, the passenger space of the Explorer, or the towing ability of the F-150. It was really built for a singular purpose: to give Ford something to homologate for IMSA SportsCar Championship and FIA World Endurance Championship competition, and ultimately, something with which it could win the 24 Hours of Le Mans on the 50th anniversary of Ford’s original, 1966 victory. In that endeavor, it was successful, beating Ferrari as it did half a century before, and placing first in the competitive GTE-Pro class.

That the Ford GT is an homologation special is palpable, Farah says, in that it’s “not necessarily a luxury good in the way that a Pagani or even a Porsche 918 would be a luxury good.”

To see Matt Farah drive the 2018 Ford GT through the Angeles Forest and hear his thoughts on what could rightly be called the most important supercar of the decade, watch the latest installement of The Smoking Tire‘s “One Take” above.