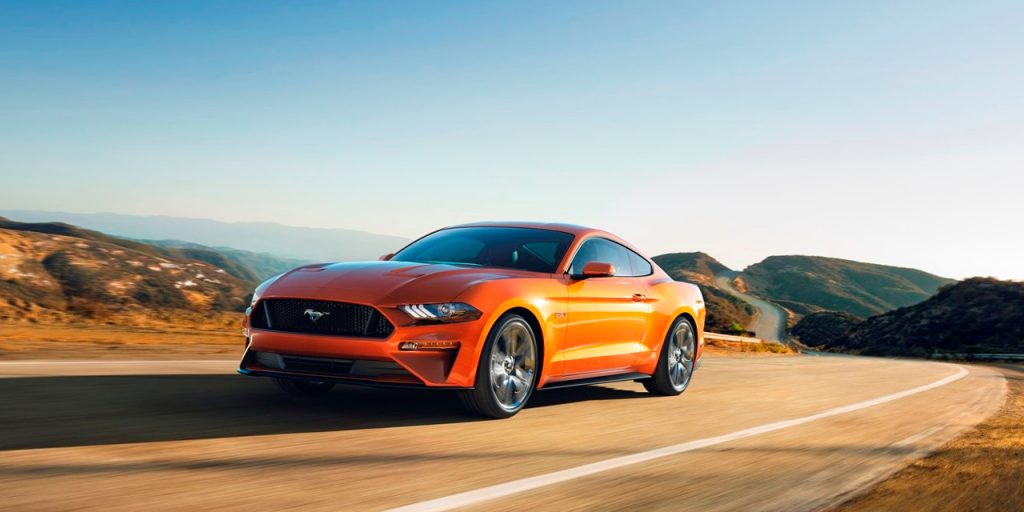 As the iconic Ford Mustang pony car celebrates its 54th birthday, Ford Motor Company is celebrating by grinning at the sales figures. What they show: 2017 marked the Mustang’s third straight year as the best-selling sports coupe in the world, with 125,809 new registrations globally, according to IHS Markit data. Since global exports of the current S550 Ford Mustang began, toward the beginning of 2015, the Blue Oval has sold something like 418,000 examples around the world.

“The world is falling in love with Mustang,” says Ford Sales Analyst Erich Merkle. “Mustang represents the best of American design, performance and freedom, with an unmistakable personality that appeals – regardless of your post code.”

Much of the Ford Mustang’s sales success in the US might well be written off as attributable to its attainability, but in certain global markets, car shoppers are snapping them up even despite a hefty price tag. In the UK, for example, the 2018 Mustang starts at £33,675 – equal to about $48,300 US, or nearly twice the pony car’s starting price there. In India, the starting MSRP is more like four times what it is stateside. And in China, where the Ford Mustang was the best-selling sports coupe in 2017 with 7,125 new registrations, the pony car costs somewhere in the middle – the equivalent of more than $60,000 US.

Ford is equally proud of the fact that, worldwide, the most popular Mustang model is the Ford Mustang GT, which is powered by the company’s 5.0-liter “Coyote” dual-cam V8. For 2018, the engine has had been given a thorough reworking, gaining direct injection in addition to its existing port-injection system. That’s contributed to a 25-horsepower bump in the states, from 435 horsepower to 460.

An even bigger point of pride: Ford says that the Mustang is gaining in popularity with women, even though customer demographics in the sportscar segment tend to skew male. Over the last five years, there’s been about a ten-percent increase in women buying Mustangs, while across the sportscar segment, sales to women as a share of total sales have remained relatively flat.

It was on this very day in 1964 that the original Ford Mustang was first unveiled at the World’s Fair in Flushing Meadows, New York, and the car that virtually birthed the pony car class has been in continuous production ever since. It’s been decades since the US has hosted an event quite like the World’s Fair, yet the Mustang endures. Here’s to another 54 years.