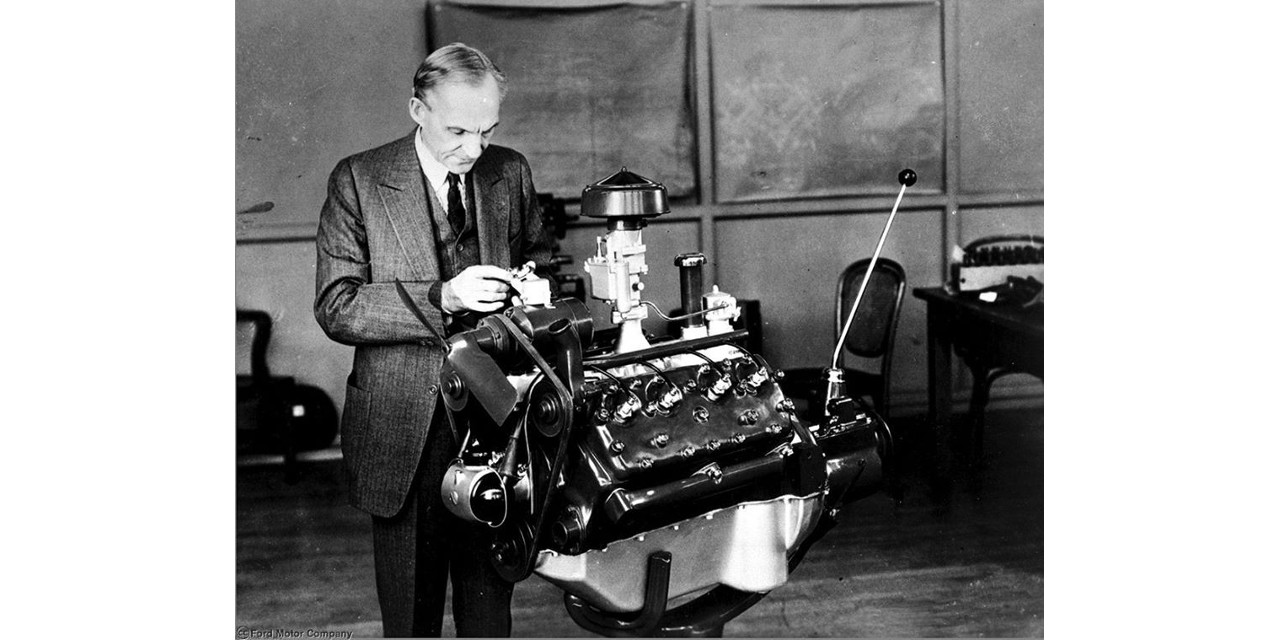 The Ford flathead V8 wasn’t the first – nor the last – flathead engine to come along, but for much of America, it was inarguably one of the most significant. For the first time in automotive history, US car buyers were given the option of affordable, reliable V8 power, thanks largely to the flathead V8’s simple design and inexpensive cost of production.

On Saturday, March 31st, the Ford flathead V8 reached its 86th birthday, the engine having first been unveiled to the public on that very day in 1932.

What Is A Flathead?

Unlike the overhead-cam engines we mostly know today, and even unlike the pushrod-type V8s still produced by the likes of Fiat Chrysler and General Motors, the flathead engine is designed such that the intake and exhaust poppet valves – like the pistons – are set into the block. This means that when the valves open, they travel in the same direction that the piston travels as it’s speeding upward in its bore, in parallel. The cylinder head is thus just a simple casting with indents for the poppet valves and piston, and channels to allow the passage of intake and exhaust gases.

On many flathead engines, such as Ford’s iconic V8, the valvetrain didn’t include any pushrods, the camshaft acting directly on the valve through a simple tappet. This meant fewer moving parts, resulting in comparatively low parts costs and above-par reliability.

In observance of the Ford flathead V8’s 86th anniversary, Ford Performance spoke to Mose Nowland, a Ford engineer of 57 years, who recounted the story of one Don Sullivan – one of the five main engineers to work on Ford’s flathead program.

Sullivan, who joined Ford Motor Company in 1928, was fired suddenly and without warning in 1930 after Henry Ford saw him at work at the automaker’s engineering center. But it wasn’t actually Ford’s intent to rid the company of Sullivan; just days after the dismissal of the young engineer and recent college graduate, he was approached by a large man in a black Model T, who said: “Are you Sully? Get in.”

Henry Ford, it seems, simply didn’t want anyone outside or inside the company to know what a small group of engineers was working on in a small, isolated shack.

Sullivan was immediately put back to work helping to design what would become Ford’s flathead V8 engine. “I want you help develop this new Flathead V8,” Henry Ford told him, “but you cannot under any circumstances tell your wife, family, or friends.”

So, Sullivan and company set to work, receiving periodic visits from Henry Ford, who provided input about three times a week. He was present, in fact, when Don Sullivan began making a connecting rod for the flathead V8 engine. Upon seeing the piece, Ford asked: “For what, one of those things out there?” referring to the large, crude steam engines outside the shack. Then, he walked away.

Quite capable of taking a hint, Don Sullivan scrapped his connecting rod design, ultimately having to develop a new, stronger, lighter steel from which a thinner rod could be made. Today, we might immediately think that Henry Ford was concerned about the impact the thick connecting rod might have had on performance, but in reality, it was all about minimizing costs; over the course of an entire production run, a little material saved here and there makes a big difference.

The Ford flathead V8 would go on to be a smashing success, remaining in production for 21 years, with millions of units finding their way into coupes, sedans, trucks, buses, and eventually, more than a few hotrods. Even after Ford ended production in the US, the design continued to be licensed and built by other manufacturers – most notably French automaker Simca, which used the design in cars until 1961, and in the Simca Unic Marmon Bocquet military truck until 1990.