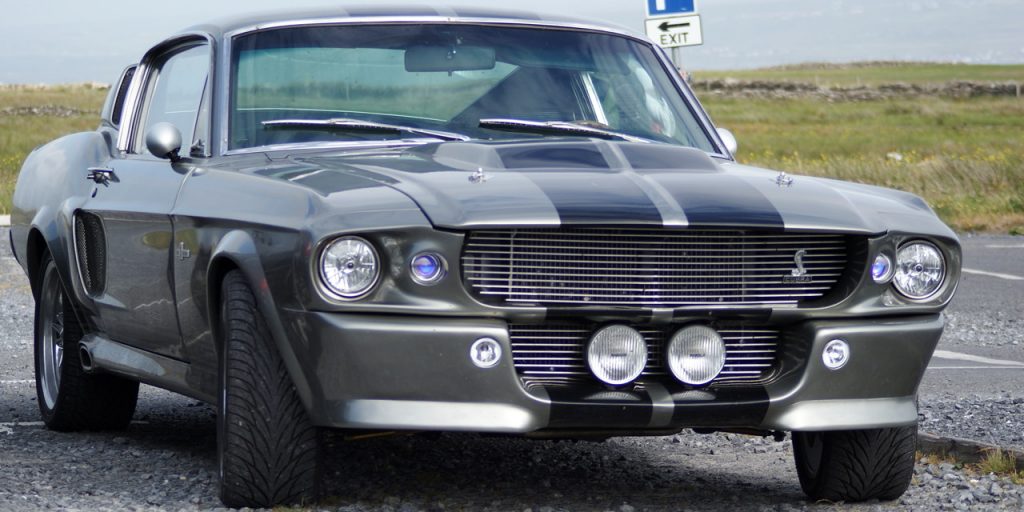 United Pacific Industries has expanded its already-large collection of replacement body parts for classic Ford Mustang pony cars, adding four new parts numbers to the catalog to cater to fans of the 1967-’68 Shelby Mustangs and “Eleanor” – the custom-appearance 1968 Shelby GT500 made famous by 2000’s Gone in 60 Seconds remake with Nicholas Cage.

For folks looking to make a convincing 1967-’68 Shelby Mustang replica, United Pacific’s Shelby-Style Quarter Panel Side Scoops might do the trick. Both upper (No. 110651) and lower (No. 110652) side scoops are available in pairs, die-stamped and ready to install with the included mounting studs. They’ll work on any ’67 or ’68 Ford Mustang fastback, and the lower pair will even work on convertible, coupe, and California Special models.

For those interested in making a full-blown replica of “Eleanor“, United Pacific Industries has started carrying the Extended Eleanor-Style All-Steel Hood (No. 110648), which is extra-long at the front to work with Eleanor- and Shelby-style noses. A set of Fiberglass Front Valances (No. 110650), also new to United Pacific’s catalog, helps complete the look.

All metal parts are EDP-coated and ready for paint, and should you find yourself in need (or want) of any other miscellaneous body parts as your Mustang restoration/modification project continues, United Pacific may well have it, and “additional items for the 1967 to 1968 Mustangs are in development,” the company says. They can probably help you out even if you’re not looking to build a Shelby Mustang or Eleanor replica.

For more information and photos of each product, visit UAPAC.com.

Ford EcoSport To Be Unveiled In The United States