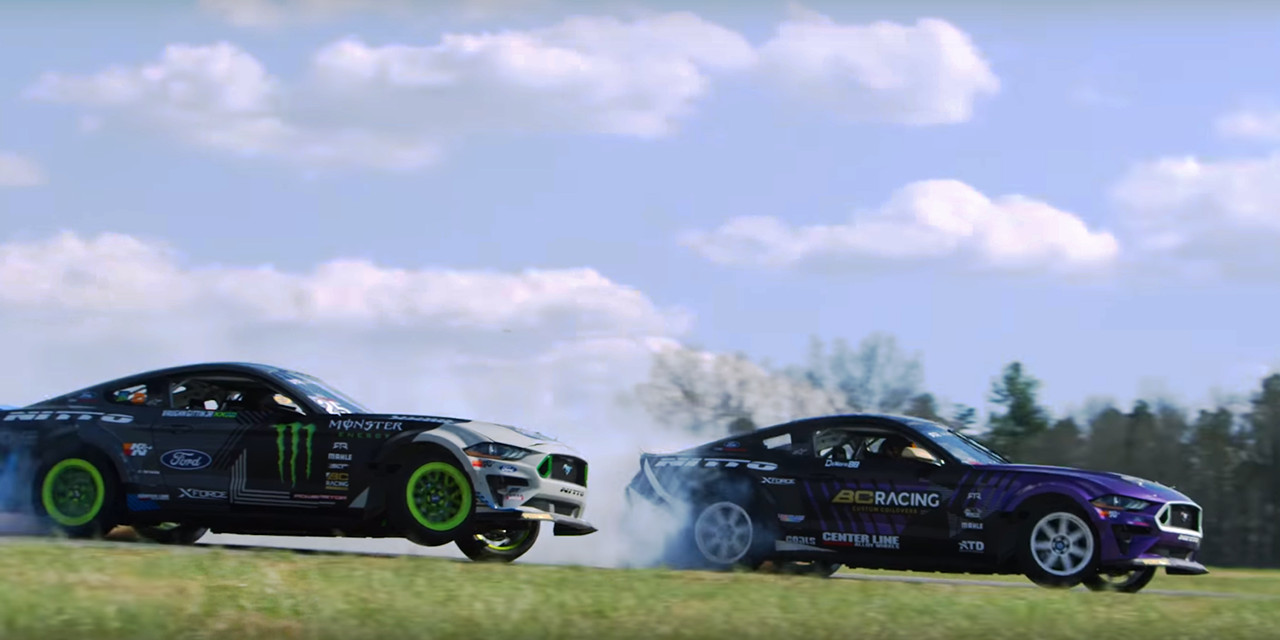 Professional Formula Drift driver Vaughn Gittin Jr. and his RTR Motorsports teammate, Chelsea DeNofa, have debuted their respective all-new Formula Drift Mustang RTRs for the 2018 season. The new competition cars, which feature the fresh new front fascia and lower hood line of the refreshed, 2018 Ford Mustang, will make their Formula Drift debut on April 6th and 7th at the 2018 Streets of Long Beach event in California.

What’s under the hood of RTR Motorsports’ new Mustang RTR Formula Drift cars is unknown, but if we had to bet on it, we’d say it’s likely got the same 436-cubic-inch Roush Yates V8 as the car it replaces, which was borrowed from Ford’s NASCAR Fusion stock car. It revs to 9,000 rpm, putting out in excess of 950 horsepower on a good day.

Because a light curb weight and a wide range of steering angle are both essential for being competitive in Formula Drift, we’d also wager that Gittin and DeNofa’s new Formula D-spec Mustang RTRs employ carbon-fiber body panels and custom suspension components like those found on RTR Motorsports’ 2017 competition car. That Mustang boasted a wider track width than the factory pony car, enabling as much as 71 degrees of steering angle in either direction, and exchanged many of the steel factory components for aluminum ones.

This year’s Formula Drift season promises to be an exciting one, as Vaughn Gittin Jr., bolstered by this brand-new Mustang RTR competition car, will try again to claim another championship to add to an already-illustrious career. Last season, he placed fourth in the drivers’ championship, ceding the first three spots to James Deane, Fredric Aasbo, and Aurimas Bakchis. His teammate, newcomer Chelsea DeNofa, finished the season in 13th out of 31 drivers – 22 who competed in every single round.