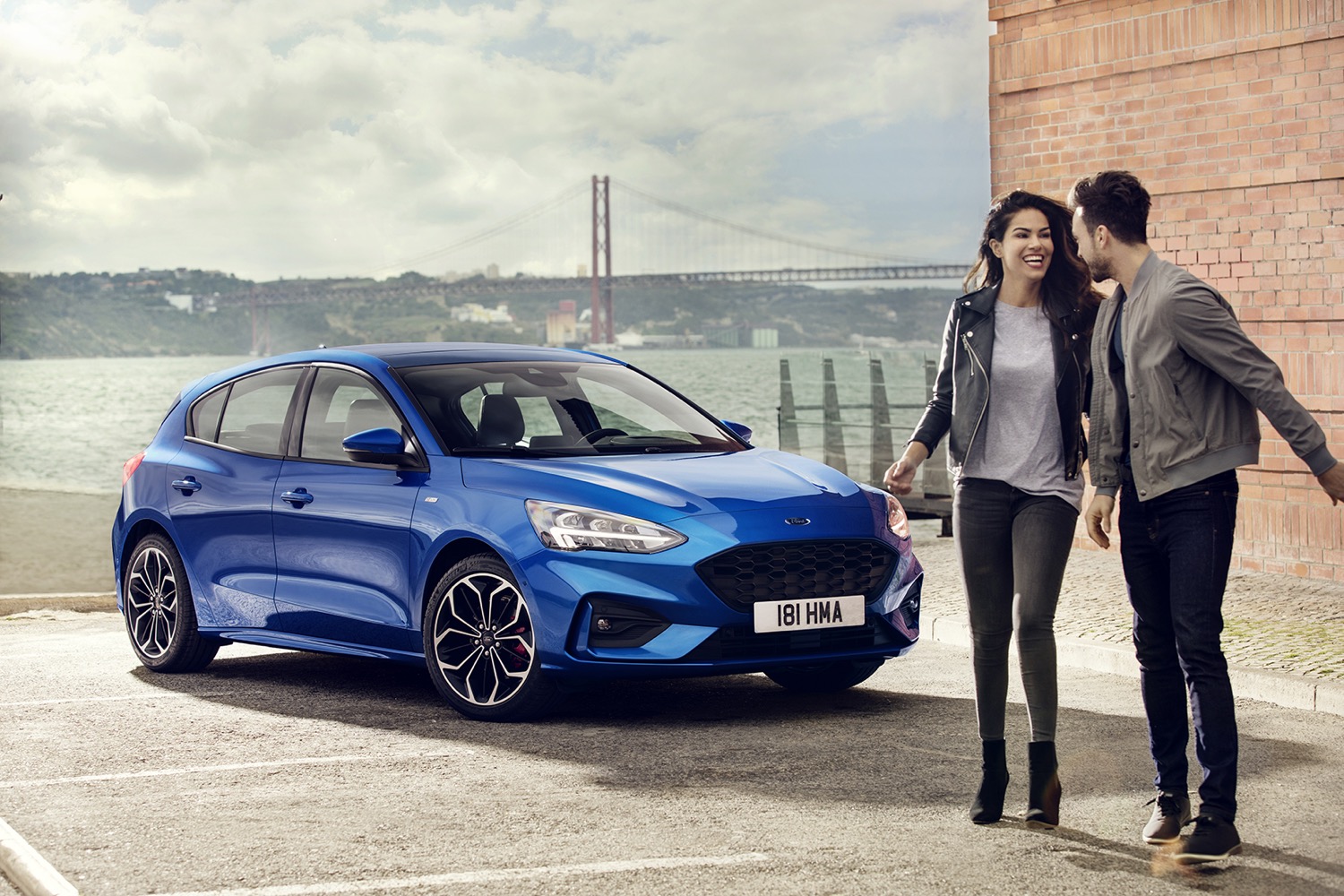 Today, Ford Motor Company gave the European and Asian markets their first look at the all-new, 2019 Ford Focus, announcing that the North American version of the compact car will be revealed at a future date before going on sale roughly a year after the European and Asian versions, in the latter half of 2019. At the same time, the automaker has made it clear that its “One Ford” plan, while still in effect, is evolving to incorporate more regional product tailoring; not every model of the all-new Ford Focus will be available in every market.

So, where does that leave the North American version of the compact car? We won’t know for sure until Ford has had an official unveiling, but we have some ideas.

It’s no secret that crossover/SUV sales are up, while car sales are down. The new Ford Focus Active, while perhaps not quite a “true” crossover, splits the different between car and CUV in a way that could woo customers who want a capacious lifestyle vehicle that looks rugged and ready-for-adventure, at a size and price point more in-line with the rest of the compact car segment. For that reason, we think Ford would be remiss not to introduce the new Active model in North America, where the crossover craze is in full-swing.

What the model could mean for sales of the EcoSport and Escape crossovers is anyone’s guess, but major automakers like Ford have been taking a bit of a “there’s always room” approach to adding to the CUV segment, with entries that run the gamut from subcompact to full-size. Translation: the risk of cannibalizing their own sales isn’t likely to stop them.

Ford has so far unveiled three other versions of the all-new Ford Focus: Titanium, Vignale, and ST-Line. The former, which represents the most cushy, premium Focus you can buy in the US today, will almost certainly continue to be sold in North America. The latter two have historically been Europe-only offerings, although with the ST-Line now making its way to the Chinese market, there’s some chance it could be sold here, too.

New ST- and RS-badged performance versions of the fourth-generation Ford Focus are practically a given, and we expect that the ST could be revealed rather soon. Better, we have no reason to suspect that either model won’t make its way to North America, and while we’ll be mourning the loss of the Fiesta ST for some time, the sporty new models will keep the fire burning for years to come.

According to the latest reports, both the fourth-generation Ford Focus ST and the fourth-gen Focus RS will have more power than their predecessors, with the ST rumored to make 275 horsepower from a turbocharged 1.5-liter I4, and the RS tipped to put out 400 horsepower thanks to a mild-hybrid system.

Assuming the next Ford Focus ST does indeed use Ford’s 1.5L EcoBoost I4, that engine in a lower state of tune could conceivably land in more pedestrian Focus models in North America, as well. In fact, we’d almost bet that it will replace the standard 2.0-liter Ti-VCT, while the 1.0-liter EcoBoost I3 becomes the base engine. We have no reason to expect Ford’s 2.0-liter EcoBlue diesel here, though.

As for the transmission, naturally, we expect the next North American Ford Focus to offer the same new 8-speed automatic as the car will receive in other global markets, but whether a manual transmission will be available in non-performance models is a crap shoot. It’s been rumored that the Mk IV Ford Focus RS will offer a new dual-clutch transmission as an option, but the ST’s target price point is likely too low to support an expensive DCT. Both hot hatches are likely to ship with a standard stick-shift gearbox.

The North American version of the fourth-generation Ford Focus will likely bow late this year or early next before going on sale next year as a 2020 model. Regular versions of the compact car will be built in China, while the RS – and possibly the ST – will be sourced from Germany.

Stay tuned for more Focus news as it breaks.