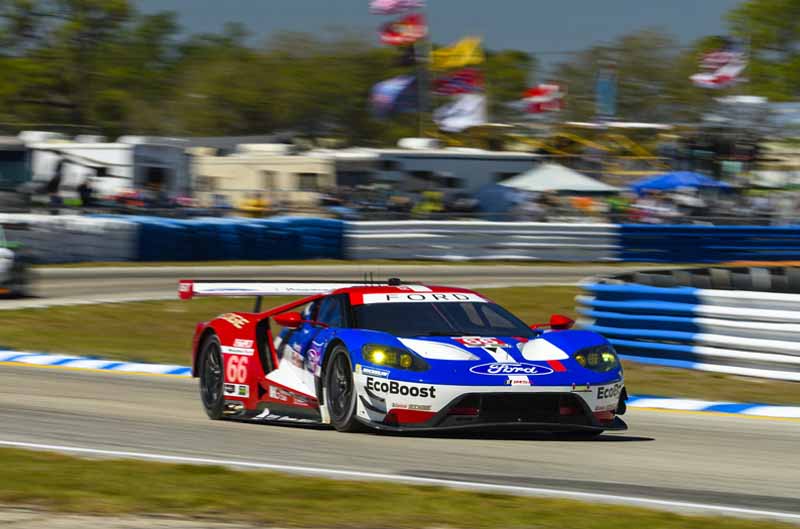 With Dave Pericak’s move to Engineering Director of North America Unibody Applications last December, his old job – overseeing Ford’s entire performance division, from street-legal products to motorsport programs – has been split in two. Ford Performance road cars are now the domain of Hermann Salenbauch – once upon a time the director of Ford’s Special Vehicles Team (SVT).

The task of overseeing Ford’s motorsport operations, meanwhile, has been delegated to Mark Rushbrook – a 50-year-old former NVH engineer from Western Pennsylvania, who was personally scooped up for Ford Performance by Raj Nair back in 2013. With the Blue Oval competing in motorsport series from NASCAR to the FIA World Rally Championship, the IMSA WeatherTech SportsCar Challenge, FIA World Endurance Championship, and now, Australia’s Supercars, Rushbrook’s job is a busy one, with lots of moving pieces.

It’s also one he never suspected he would find himself in, he told Autoweek recently. Growing up in a small Pennsylvania town of 1,500, “Detroit seemed like a world away,” he says. “In reality, it was a five-hour drive, but it might as well have been on the other side of the globe.”Making Rushbrook’s eventual career trajectory even more unlikely, he didn’t really come from a racing family. “My father appreciated cars but didn’t work on them,” he says. “He didn’t race, but he was a race fan.”

But after spending much of his childhood fixing and hooning old cars, trucks, and tractors on his best friend’s farm nextdoor, Rushbrook got an engineering degree from Penn State, and was soon after recruited by General Motors, which offered him a scholarship and an internship. Two masters degrees later – one in mechanical engineering and another in business administration – he went to work for Ford Motor Company in 1999.

Sometime after going to work for Ford, Mark Rushbrook says he discovered a whole world of grassroots motorsports he hadn’t known existed. He started with autocrossing before branching out into karting, and eventually, racing with the SCCA. Raj Nair, then Ford’s head of product development and an avid amateur racer himself, saw Rushbrook at a couple of races, and tapped the Pennsylvania native to serve as Motorsports Engineering Manager at Ford Performance. When he first came into the role, he managed a team of seven engineers; today, there are 46, and Rushbrook says they could do with more.

Leading Ford’s motorsports engineering team has taken its toll on Mark Rushbrook’s ability to set aside time to compete. “I put in way more than 40 hours” every week, Rushbrook told Autoweek. “But I’m not complaining. I loved my job before, and I love my job now.” It’s okay that he doesn’t have time to race anymore, he says; he gets his fix by traveling to races like the 24 Hours of Daytona, 12 Hours of Sebring, etc.

“But I would like to be behind the wheel again, out there. One of these days I will race again, and I will have time to do that.”