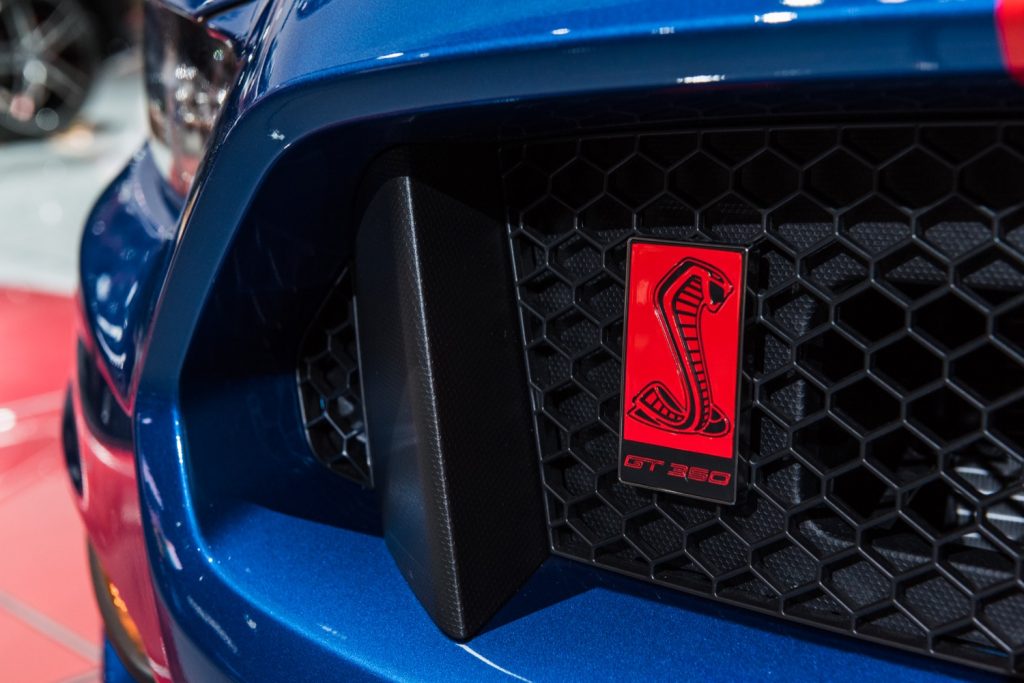 When Ford launched the high-performance Shelby GT350 Mustang back in 2015, the car’s radical, exotic “VooDoo” engine grabbed headline after headline. Displacing 5.2 liters, the VooDoo pumps out a remarkable 526 peak horsepower with no help from forced induction, thanks in no small part to its stratospheric, 8,250-rpm redline. A large part of what permits that sky-high max operating speed is its flat-plane crankshaft, which is designed so that each crank journal is oriented along a single plane – as opposed to a more conventional cross-plane crank with its cross-shaped throw pattern.

Strictly speaking, operating speeds like those achievable by the VooDoo are possible with a cross-plane crank. Just look at the latest version of the Mustang’s 5.0-liter “Coyote”, which is nearly there, revving to an impressive 7,500 rpm. But a flat-plane crankshaft is particularly conducive to fast operation as it means that each cylinder bank takes turns firing, creating more-even intake and exhaust pulses and helping the engine breathe a bit more easily – especially in the area of exhaust scavenging.

Since an internal combustion engine is, essentially, an air pump, that extra breathing efficiency helps the VooDoo more easily flow the air necessary for high-speed operation.

The flat-plane crankshaft has another big benefit, as well; a flat-plane crank typically weighs less than an equivalent cross-plane crank as it doesn’t require as much in the way of counterweights. Less crankshaft mass means less rotational inertia, so that the engine feels more responsive when the driver puts their foot down. The effect is much the same as you might expect from installing a lightweight flywheel.

As great an engine as the Shelby GT350’s VooDoo V8 is, we don’t expect that it will see use in the forthcoming 2020 Shelby GT500. That car will produce in excess of 700 horsepower from a supercharged V8, Ford says, and rumor has it that the displacement will even be the same: 5.2 liters. Yet while multiple tuning shops have proven that it’s perfectly possible to strap a blower on the charismatic, high-revving engine, it’s not ideal for the application, and Ford seems unlikely to use it in the new GT500.

Why? Because the Shelby GT350 Mustang takes a wholly different approach to generating power than the Shelby GT500 has historically, and rather unlike what American customers generally tend to like. If there’s one large complaint that’s been raised by a large number of GT350 drivers, it’s that torque output is relatively weak leading up to the engine’s 429-lb-ft torque at 4,750 rpm. It’s an engine with a racing mentality, meant to be wrung out and kept in the latter half of its operating range to feel properly good.

Even a roots-type supercharger, which can supply boost from low rpm, isn’t going to change the VooDoo’s top-heavy torque curve, and by-and-large, American buyers tend to prefer engines that can supply massive torque from low rpm. (Or at least, American automakers believe that to be the case.) The Coyote, with its comparatively fat, even torque curve, can better deliver that.

What’s more, the VooDoo’s flat-plane crankshaft might well be wasted on the supercharged Shelby GT500 Mustang as the engine’s sky-high redline is its raison d’être, but the introduction of boost would likely increase the risk of detonation at higher engine speeds, forcing Ford to lower the redline. What a waste.

So far, it seems like we’re bound to be proven right; spy photographers who have encountered Shelby GT500 prototypes in the wild have either recorded or made note of a definite cross-plane-crank sound emanating from the tailpipe. Of course, we won’t know for sure until the new car launches next year.