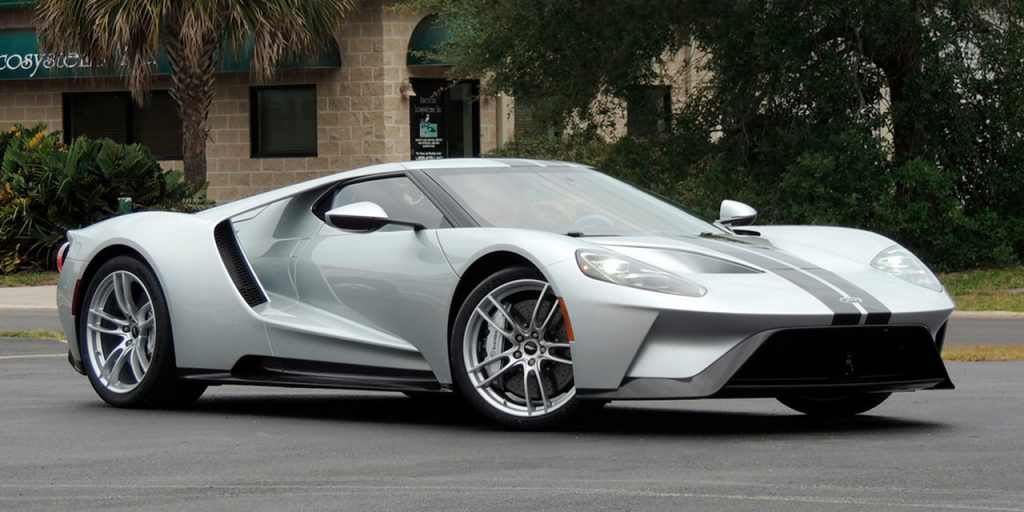 One 2017 Ford GT owner took a calculated risk and sold the supercar at auction this month, deciding to ignore the very real threat of a lawsuit from Ford Motor Company for not adhering to a 24-month-ownership clause. The car ended up fetching a cool $1.65 million – significantly more than its roughly-$500k price tag – when the hammer fell at Mecum’s Indianapolis event.

WWE Superstar John Cena was slapped with a lawsuit last year for the premature sale of his own 2017 Ford GT. The issue is that, according to the automaker, each buyer of the limited-run supercar signs an agreement not to sell the car for at least two years after taking ownership. Each buyer is hand-picked by Ford, with the company prioritizing potential buyers who could serve as faithful brand ambassadors.

Ford has said it was aware of this particular Ford GT auction, but had no comment to make publicly. Motor Authority reports that Mecum had the sale okayed by a judge first.

So far, the only second-generation Ford GT to sell privately with the automaker’s blessing is one donated by one Ron Pratte to the Evernham Family-Racing for a Reason Foundation, which auctioned the supercar via Barrett-Jackson in order to raise money for charity. That example was shod in Liquid Blue, and ended up going to a high bid of $2.55 million.