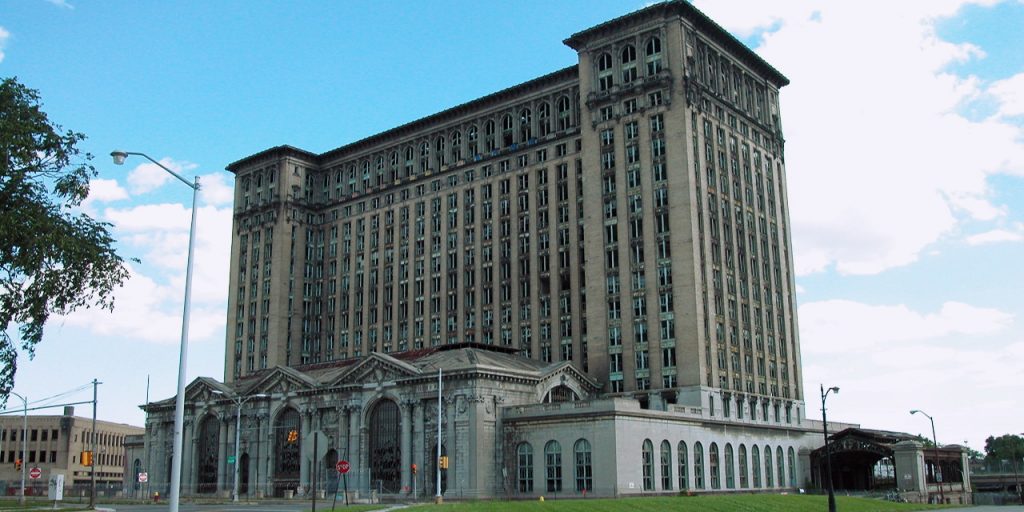 Ford Motor Company is considering purchasing an historic, disused train station in Detroit called Michigan Central Station, and the company’s board could vote on the proposed investment as soon as Thursday, Automotive News reports. The train station would give Ford a second major location in Detroit’s Corktown neighborhood, following the company’s recent decision to purchase The Factory at Corktown – an old hosiery factory – in order to host hundreds of “Team Edison” employees working on electrification and autonomy.

The 18-story Michigan Central Station has had its fair share of potential buyers over the years, although no deal has yet been made. The property, which has sat vacant since the late 1980s, is badly blighted, and any development would bring sizable upfront costs to rehabilitate the building. In 2015, an effort was undertaken to replace a majority of the 500,000-square-foot train station’s busted-out windows. More than 1,000 windows were replaced in all.

Edsel Ford II – a member of the board of directors and part of the Ford family – confirmed last week that the automaker is considering purchasing and rehabilitating Michigan Central Station to use as office space. He said that Ford Motor Company’s intent is to “cluster” its autonomous and electric vehicle operations in a single area, although just as important is how the location might boost the company’s ability to attract young talent.

Michigan Central Station could reportedly house at least 2,000 to 3,000 employees for Ford, although the expense of building out the space could put a damper on the proposed project. Ford CEO Jim Hackett is said to be reviewing the automaker’s earlier plans to spend an estimated $1 billion or more transforming its Dearborn Product Development and Headquarters campuses to woo talented young employees – a project announced while Hackett’s predecessor, Mark Fields, was still at the helm.

“Bill’s excited about it, and I’m excited about it,” Edsel Ford said last week, referring to the automaker’s activities in the Corktown area a “big redevelopment of southwest Detroit” – if it decides to proceed.