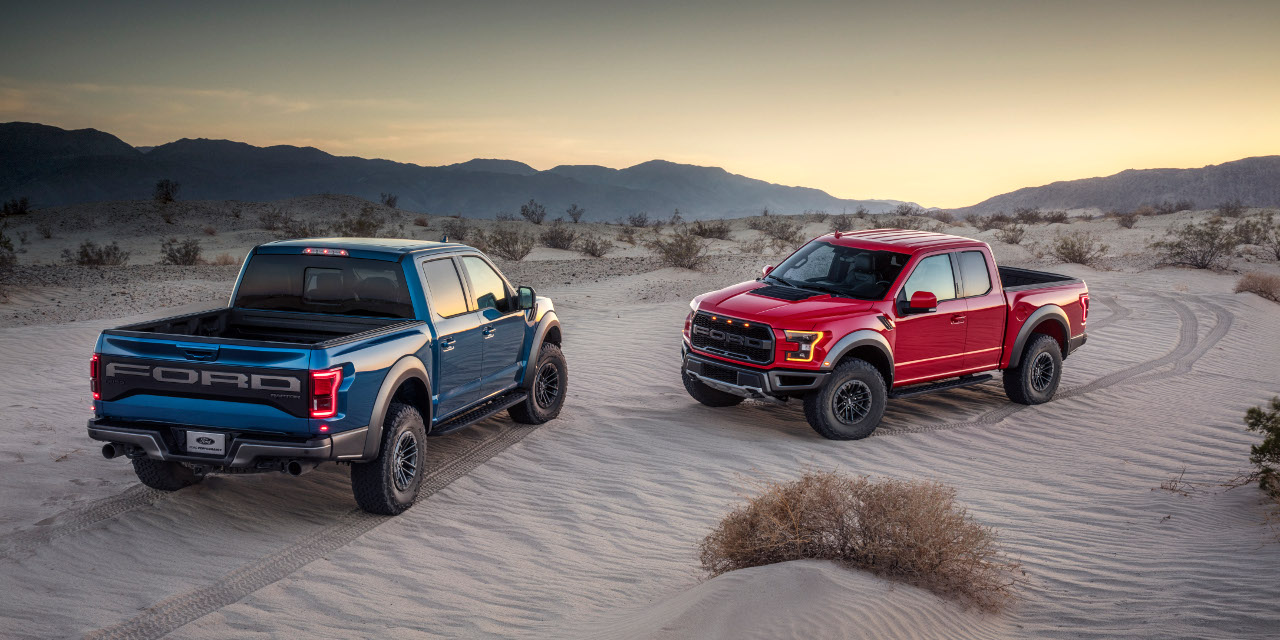 For 2019, the beastly Ford F-150 Raptor returns with a renewed sense of performance, thanks to new features like electronically-adjusted dampers, Recaro sport seats, and an automated trail crawling system that essentially works like cruise control off-road. The 450-horsepower EcoBoost V6 and 10-speed automatic transmission carry over unchanged.

The new dampers were developed with FOX, and feature the same internal bypass technology as the ones they replace. The difference is in the new Live Valve technology, which continuously adjusts each corner’s damping in real time, adapting to different conditions as they arise “to maximize comfort, handling and bottom-out resistance,” according to Ford.

Plenty of buyers will also surely appreciate the 2019 Ford F-150 Raptor’s new Trail Control system, which allows drivers to set an off-road crawl speed and essentially forget all about the pedals, steering the truck along trails or up rocky inclines while the truck manages the engine and braking torque at each wheel automatically. Trail Control is intended only for rugged, low-speed driving off-road, and can be set to maintain speeds of up to 20 mph.

“Raptor’s success is rooted in its incredible suspension, superb vehicle control and the confidence the truck instills in its pwners,” says Ford Performance Vehicle Programs Director Hermann Salenbauch. “Upgrades to the 2019 F-150 Raptor have improved all three to new levels that the competition will have to benchmark – again.”