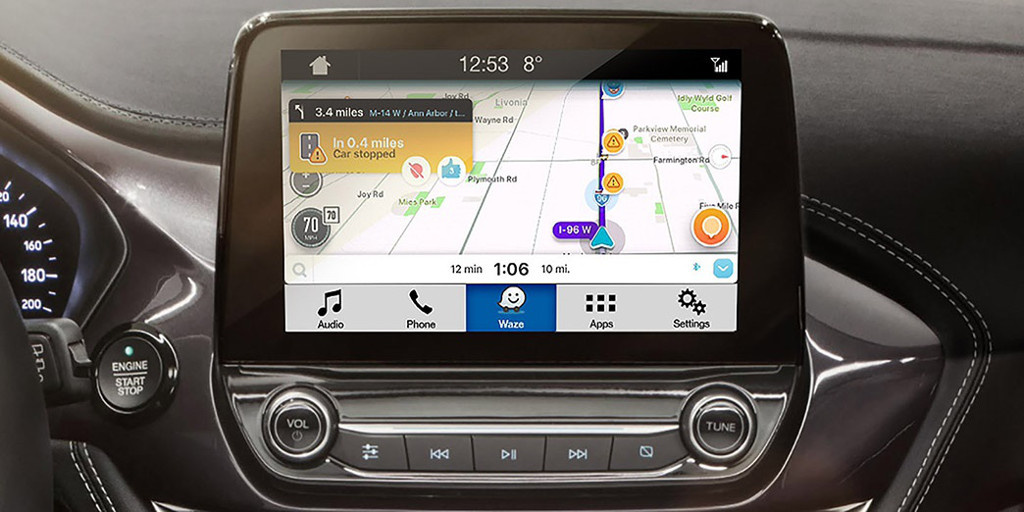 As promised back in January, Ford Motor Company’s SYNC 3 infotainment system has added integration for the popular Waze traffic app, giving iPhone users the ability to project the app onto their Ford vehicle’s SYNC touchscreen and control it with either touch or voice commands. Integration is as easy as plugging the iPhone into the vehicle’s USB port.

As of right now, only iPhone devices are supported.

Waze has become a popular navigation and traffic app largely because of how it crowdsources information from users regarding traffic delays, road closings, potential road hazards, and more. Users help feed new information into the app simply by having it open while they drive, but they can also take a more active role by reporting relevant information, such as the location of a disabled vehicle or an accident site.

“Our goal is to make it as easy as possible for people to access the smartphone features, apps and services they care about most in the car, without having to pick up their device,” says Ford Connected Vehicle Platform and Product Executive Director Don Butler. “With Waze, our customers get the benefits they’re accustomed to with the added luxury of experiencing them on a bigger screen.”

Ford owners who wish to integrate the Waze app with SYNC 3 using an Apple iPhone will need to have SYNC 3 ver. 3.0 or later installed in their vehicles, and iOS 11.3 or later installed on their iPhones. The latest version of the Waze traffic and navigation app can be downloaded from the App Store free-of-charge.