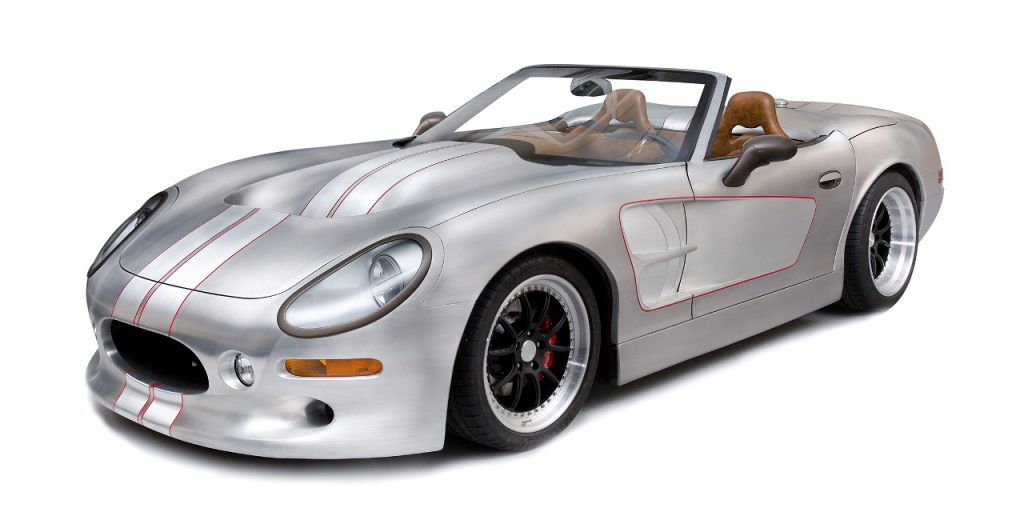 Nearly two decades after introducing its first truly original, homegrown sportscar, the Shelby Series 1, Shelby American has announced a successor: the Series 2. Shelby will produce four examples of the brand-new, handcrafted roadster per year starting this June, as a component roller configured to accept either Carroll Shelby Engine Company’s 427 FE big-block V8 or Ford’s Windsor small-block. Backing the engine in either case will be a custom-designed ZF transaxle with five forward gears.

The Shelby Series 1, which serves as the basis for the new Series 2, also featured a rear-mounted transaxle, lending it a near-perfect 49/51 weight distribution. That car was powered by a smaller, 320-horsepower Aurora 4.0-liter DOHC V8 borrowed from GM’s Oldsmobile division, but the new roadster should have a similarly optimized front-to-rear weight balance.

The new Shelby Series 2 was born out of a partnership between Shelby and Wingard Motorsports. “Several years ago, Wingard Motorsports purchased the remaining Shelby Series 1 chassis and parts,” explains Shelby American President Gary Patterson. “Working with Shelby, founder Bob Wingard revised the car to reduce weight by maximizing the integration of billeted aluminum and carbon fiber components. He further refined the suspension, braking and drivetrain to allow an increase of more than twice the horsepower of the original car. The Series 2 is now more than 12% lighter and will support over 800 horsepower.”

The Series 1 was no heavyweight, mind you, weighing-in at about 2,850 pounds, even with a posh leather interior and air-conditioning. Shelby boasts that the car’s all-aluminum honeycomb monocoque chassis was – and still is – one of the stiffest chassis in the world. That monocoque will underpin the new car, too, albeit with next-generation hardware. Both front and rear, the car uses an inboard cantilevered suspension design, minimizing unsprung mass, and the suspension fine-tuning was done by Penske Shocks in Charlotte. Braking is provided by big, 6-piston calipers, enshrouded by 19-inch mono-block wheels with Pilot Cup 2 tires.

Perhaps most radically of all, the new Shelby Series 2 will be available with a choice of aluminum, carbon-fiber, or titanium body, making it one of the first cars to offer titanium exterior panels. Aluminum bodies will be available with a brushed, polished, or painted finish, and each car will be built-to-order by Wingard, with custom interiors designed to accommodate most drivers with carbon-fiber Carroll Shelby signature seats and a full six inches of peddle adjustment.

“While the Shelby Series 2 is based on the first-generation car, it’s a significant leap forward,” Patterson says. “It blends old school craftmanship and current technology, pushing the roadster into super car territory. It is the perfect car for collectors and enthusiasts globally who want the ultimate in exclusivity and to be completely engaged with the driving experience.”