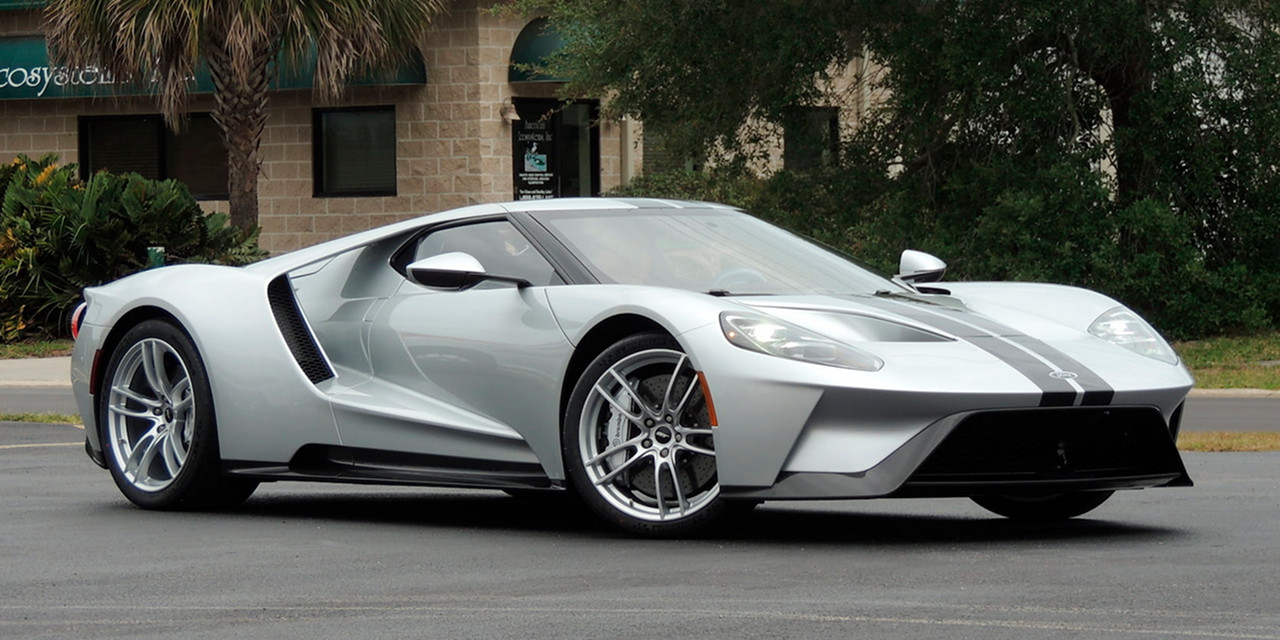 Back in January, a Liquid Blue 2017 Ford GT supercar sold at Barrett-Jackson’s annual Scottsdale auction event, nabbing $2.55 million to benefit the Autism Society of North Carolina’s IGNITE program. The seller – the Evernham Family-Racing for a Reason Foundation, which was donated the car by one Ron Pratte – went through the proper channels, receiving Ford’s blessing before posting the car for sale.

No doubt Ford only agreed to the Ford GT’s auction because of the charitable nature of the sale; months prior, when WWE superstar John Cena flipped his 2017 Ford GT for a profit in order to “take care of some expenses,” he was summarily sued in court by the automaker. The reason: production is limited, and there are strings attached with every new Ford GT sale. If a customer applies to buy the car and receives the go-ahead, it’s because Ford has decided that customer will prove a worthy brand ambassador for at least two years after taking ownership. Allegedly, it’s part of the contract each buyer must sign.

So, like Motor Authority, we were surprised to see that a 2017 Ford GT is planned for auction this week at Mecum’s Indianapolis event. The car is No. 48 of 250 produced, according to the lot description, and wears Ingot Silver paint with black stripes, over a “Dark Energy” interior theme.

Motor Authority reached out to Ford Performance for comment, receiving the following response from a spokesperson:

We are aware of this situation and looking into it, however Ford does not comment on individual customer matters. What we can say is that all Ford GT customers sign contracts, which include an agreement not to sell the car for at least two years.

But interestingly, a lawyer for John Cena claims that nowhere in the Ford GT contract is there any mention of a 24-month mandatory ownership period. Motor Authority says that it’s reviewed the relevant material and also found no mention of a two-year ownership clause.

In any event, we’ll be following this story closely to see how it turns out.

Click here for the original lot description from Mecum Auctions.