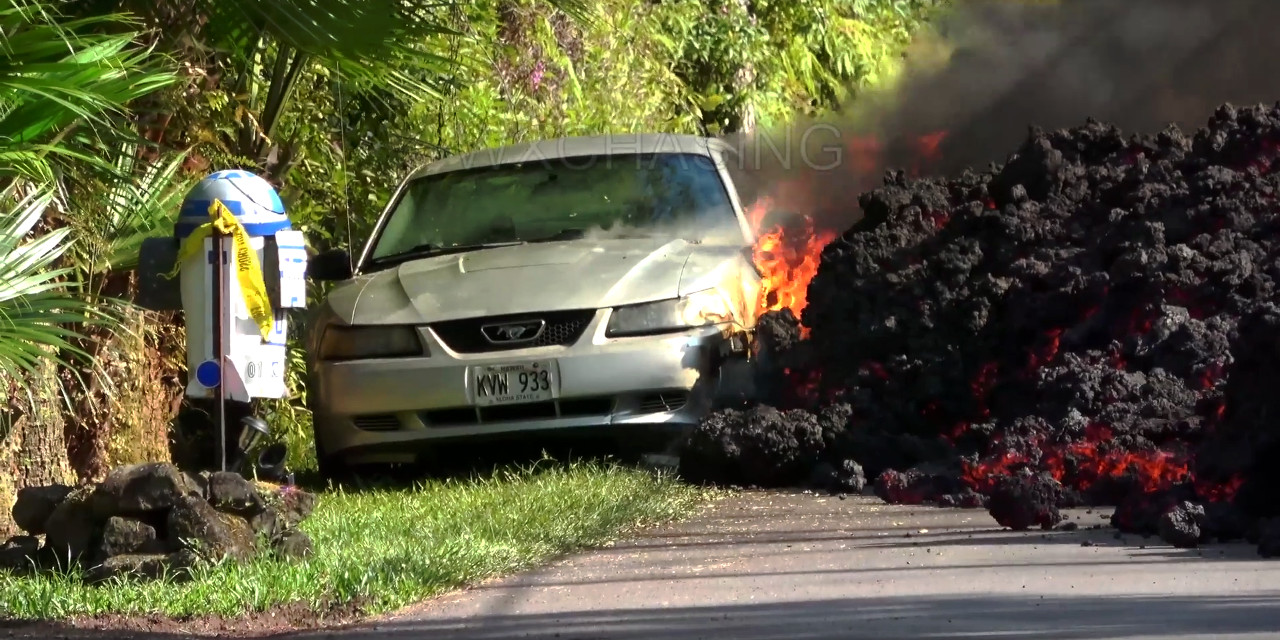 A volcanic eruption on Hawaii’s Big Island has been wreaking havoc, forcing residents to flee and causing the destruction of at least 35 structures, according to CNN, including 26 homes. The devastation has affected cars on the island, too, and a recent video uploaded to the WXChasing page on Facebook shows a silver SN-95 Ford Mustang being engulfed by molten hot lava.

As great a car as it is, the Ford Mustang is not lava-proof.

Thankfully, it appears the owner of this silver New Edge Mustang was safely away from the car when it met this slow-but-steady moving front of hot lava. Authorities have ordered all 1,700 residents of Leilani Estates and nearby Lanipuna Gardens to evacuate, although many haven’t complied. Beside the destructive force of the lava itself, dangers are also posed by the elevated levels of lethal sulfur dioxide in the atmosphere and the emergence of fissures in the ground. The Hawaii Civil Defense says that twelve fissures have formed so far, and although volcanic activity has ceased at all of them, it’s likely temporary.

If you think you can stomach it, skip ahead to about the two-minute mark in the video above to see what happens when a Ford Mustang meets molten lava. We’re keeping the affected residents of Hawaii in our thoughts.