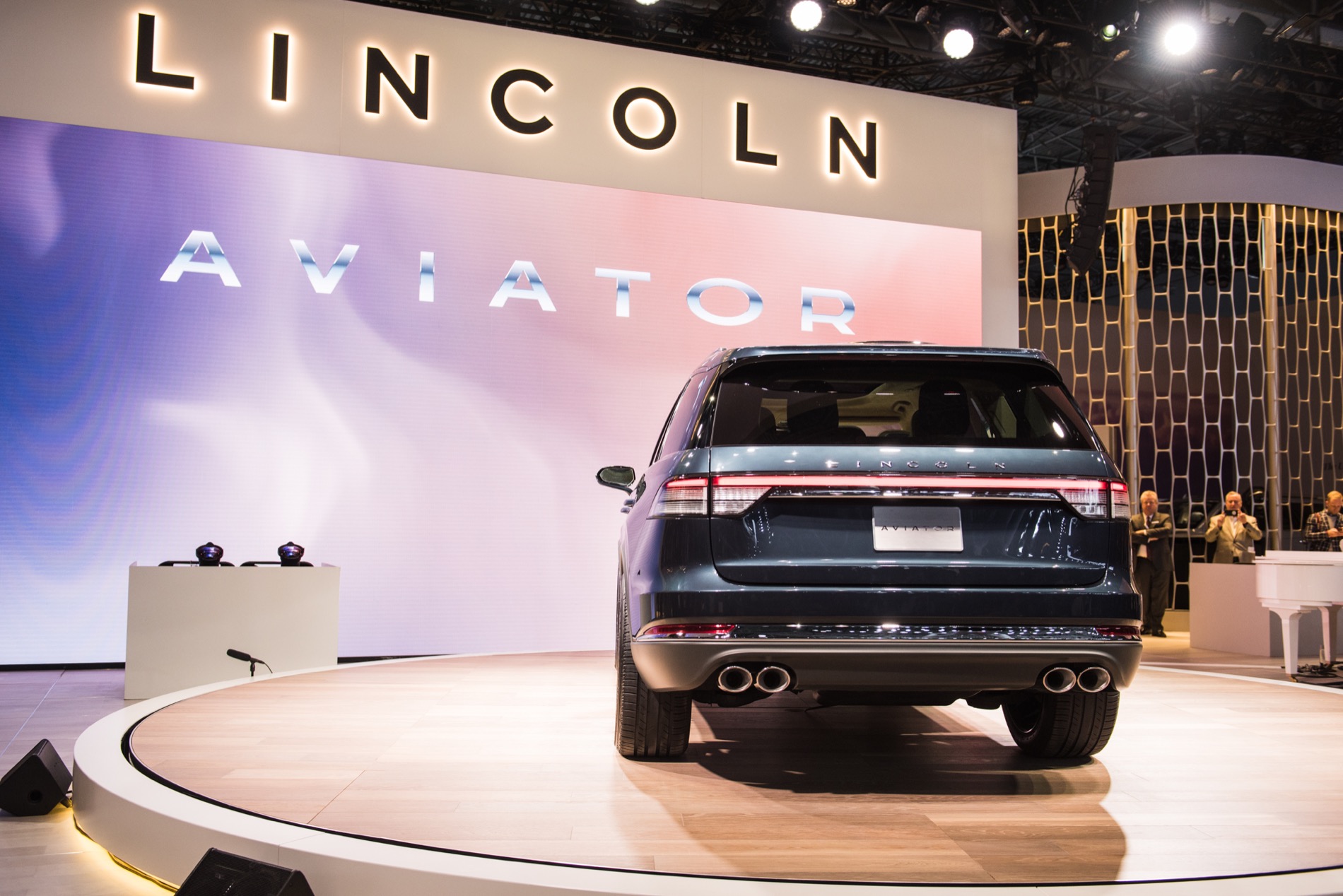 Spy photographers recently managed to snap a few shots of the forthcoming Lincoln Aviator full-size crossover, and there’s one detail in particular that has our curiosity piqued: a small, obscured flap – like a fuel filler door – on the front drivers side fender. Experience tells us that this is most likely a door for a recharge port, suggesting that the 2020 Lincoln Aviator – and perhaps its Blue Oval cousin, the Ford Explorer – will go into production with a plug-in-hybrid powertrain option like the one touted by the 2018 Lincoln Aviator concept.

However, printed over the door are the words “DEF Fuel Only” – a reference to Diesel Exhaust Fluid, which is used to help lower the NOx emissions from diesel engines. That filler tube is typically placed right next to the fuel filler on diesel vehicles, stowed behind the same door on (usually) the rear quarter, but it would be possible – although needless – to give it a separate door on the front fender, as on this Lincoln Aviator prototype.

There are, in essence, two other plausible scenarios: this Lincoln Aviator prototype couples a plug-in-hybrid system with a diesel engine, placing the DEF filler behind the same door as the recharge port on the front fender, or, as Trucks.com puts out there, the “DEF Fuel Only” sticker is a bit of misdirection meant to throw nosey journalists off of Ford’s scent. We tend to think the latter case is most likely, although there’s something undeniably alluring about the prospect of a plug-in diesel Lincoln Aviator. With the full-size utility vehicle set to go RWD, it could theoretically even use the same 3.0-liter PowerStroke unit as the new F-150 diesel.

Ford has pledged $11 billion to electrification over the next five years, announcing plans to electrify each and every new utility vehicle to be introduced in the future. A next-generation Ford Escape spied recently also had telltale signs of a plug-in-hybrid powertrain.

For the recent Lincoln Aviator PHEV/diesel spy shots, head on over to Trucks.com.