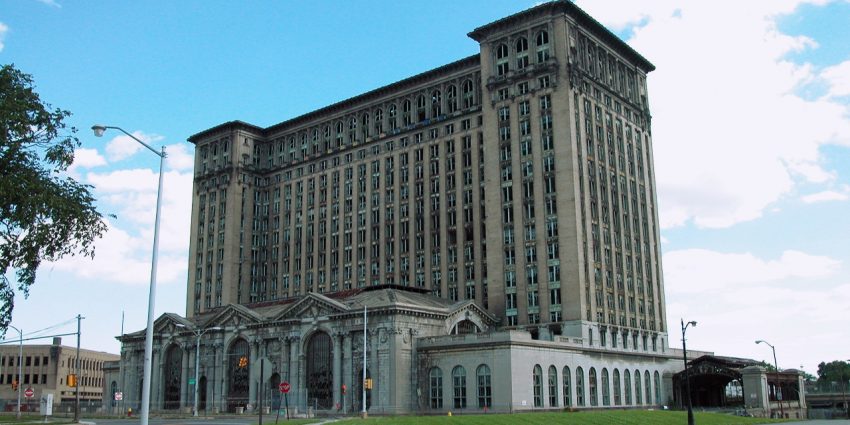 Ford Motor Company has officially purchased Michigan Central Station – a disused, historic train station in Detroit’s Corktown neighborhood – from the Moroun family, who confirmed the purchase Monday morning. Included in the deal was a building nextdoor that formerly served as a book depository for Detroit Public Schools.

“The deal is complete. The future of the depot is assured. The next steward of the building is the right one for its future,” Matthew Moroun told Crain’s Detroit Business in a statement. “The depot will become a shiny symbol of Detroit’s progress and its success. The Ford Motor Company’s Blue Oval will adorn the building.”

Ford will announce its plans for repurposing Michigan Central Station next week, on May 19th. Both Executive Chairman Bill Ford and CEO Jim Hackett are scheduled to speak.

The automaker announced late last year that it had taken ownership of The Factory at Corktown – a 110-year-old former hosiery factory down the street from the train station. A portion of the historic building will serve as office space for more than 200 members of Ford’s “Team Edison”, working on the business side of autonomy and electrification. Ford’s purchase of The Factory and Michigan Central Station are part of a concerted effort to increase its presence in the Motor City, both in order to attract young talent, and to submerse its autonomous and electric-vehicle teams in an urban setting of the sort that the technologies are intended to serve.

It’s unknown how much Ford Motor Company spent to acquire Detroit’s long-vacant Amtrak station, but the move could prompt the automaker to abandon much of its sweeping Dearborn campus transformation plan – a plan announced by former President/CEO Mark Fields, which Jim Hackett is said to be reviewing. Ford has reportedly been in talks with the Moroun family concerning the purchase of Michigan Central Station since last October, and Matthew Moroun, who serves as Vice Chairman of his father Manuel’s businesses, called Ford’s interest in the property “the grand development I was looking for.”