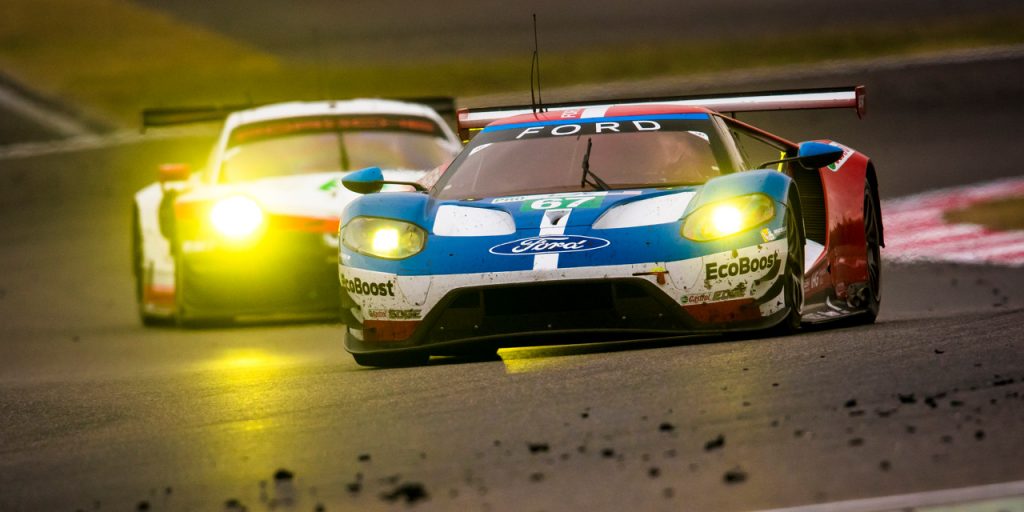 Ford Performance Global Director of Motorsports Mark Rushbrook says that Prototype racing could be on the menu for the automaker moving forward – assuming the FIA World Endurance Championship and the IMSA SportsCar Championship can find a common set of regulations to govern their top-level car classes. Ford was involved in the group meetings that produced the “hypercar” class guidelines revealed at Le Mans 2018, which will debut for the 2020-’21 season.

According to Sportscar365, Ford is also evaluating the possibility of participating in the ABB FIA Formula E Championship and FIA Electric World Rallycross Championship.

“Cost is a consideration for sure” as Ford considers Prototype competition, Rushbrook says, “but it’s also the technical details and the relevance of where the emphasis that will be placed on the development of the cars to enter, compete, and win. One of the things that we’re most interested in is the hybrid or electrification and making sure that’s done properly and that’s where the emphasis is based.” He called commonality with IMSA Prototype regulations a “guiding principle” for Ford Performance as it weighs whether to commit to such a program.

Should the IMSA fail to adopt the same guidelines for its top-level car class, it could prompt Ford Performance to abandon any notion of participating.

“One of our guiding principles as we’ve been studying this is global rules consistent with what we’re able to do today now with GT running in WEC in GTE-Pro and running in IMSA in GTLM,” Rushbrook told Sportscar365. “It’s the same car that we’re able to run around the world. That is important for us at the prototype level as well: to be able to run globally.”

The ACO’s new proposed “hypercar” class guidelines are intended to slash costs compared with the current LMP1 regulations, down to about a quarter of what teams currently spend. But at around $30-35 million per season, the proposed budget for top-level WEC competition would still be vastly more than what most teams spend competing in IMSA’s DPi class, according to IMSA President Scott Atherton.