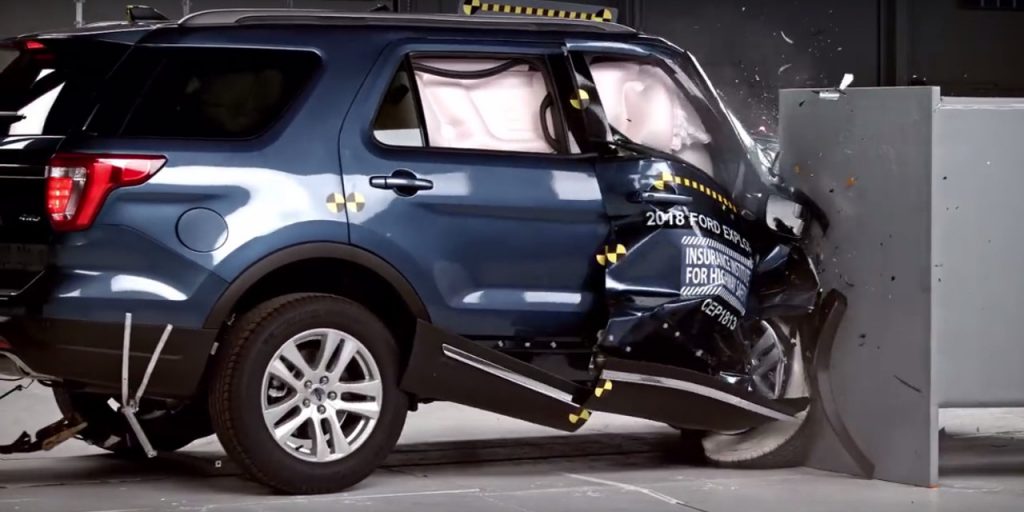 The current-generation Ford Explorer was one of two crossovers to fail a recent batch of passengers side small-overlap frontal crash tests conducted by the Insurance Institute for Highway Safety (IIHS). The institute has started specifically testing the passengers sides of current vehicles after finding that some automakers addressed safety deficiencies only on the drivers side, neglecting front-seat passenger safety.

Earlier this year, the 2018 Ford Escape was subjected to the same IIHS crash testing, revealing passengers side safety deficiencies with that vehicle, as well.

The 2018 Ford Explorer earned a “Poor” rating for front-seat passenger safety in this more recent round of testing, after the structure deformed significantly, the A-pillar intruding a full 15 inches into the cabin on impact. That contributed to the IIHS measuring forces on the crash test dummy “consistent with broken bones or dislocations of the right hip and lower leg,” according to Executive VP and Chief Research Officer David Zuby. Yikes.

Last year was the first for IIHS small-overlap crash safety testing on the passengers side, although the institute has been conducting the test on the drivers side for several years. The test involves sending a vehicle toward a rigid barrier with a 25-percent overlap, at a speed of 40 mph.