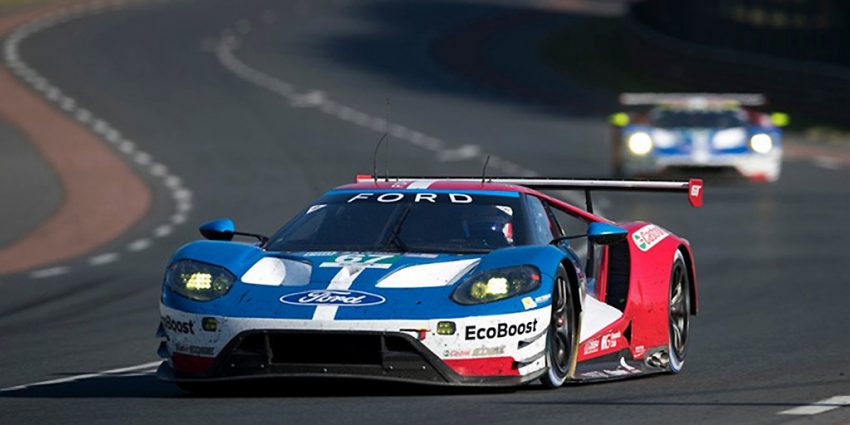 At the end of the 2018 24 Hours of Le Mans this past weekend, the No. 67 Ford GT crossed the line in fourth in the GTE-Pro class, but that’s not the official position that will be recorded. As Autosport reports, the No. 67 and 69 Ford GT race cars were both hit with penalty laps after the conclusion of the endurance race, as a result of one driver in each car not serving out his full mandatory minimum six hours at the wheel.

The change is immaterial for the No. 69 Ford GT, which spent the last two hours of Le Mans in the pits with an electrical issue, finishing fourteenth-in-class. Driver Scott Dixon spent slightly less than six hours in the cockpit, and as a result, the car was docked two laps – not enough to have any effect on the No. 69’s final classification. However, the No. 67 car got eleven laps knocked off its 343-lap total, dropping from fourth- to twelfth-in-class, as driver Tony Kanaan completed just five hours and 16 minutes at the helm.

The lap penalties were calculated based on how much time at the wheel each driver lost out of the required six-hour minimum, and each car’s fastest lap of the race. Tony Kanaan in the No. 67 car failed to provide forty four minutes of his minimum mandatory driving time, and the car’s fastest lap in the race was three minutes, 50.18 seconds; 44:00 divided by 3:50.18 equals roughly eleven-and-a-half laps.

Ford Chip Ganassi Racing‘s other two cars – Ford GTs No. 66 and 68 – aren’t hurt by the penalties. The No. 66, which finished seventh-in-class in the hands of Stefan Mücke, Olivier Pla, and Billy Johnson, gets bumped up to sixth as a result of the No. 67 car’s eleven-lap penalty. The No. 68 delivered Ford its fourth podium finish at Le Mans in three years, finishing third in GTE Pro behind a pair of Porsche 911 RSRs.