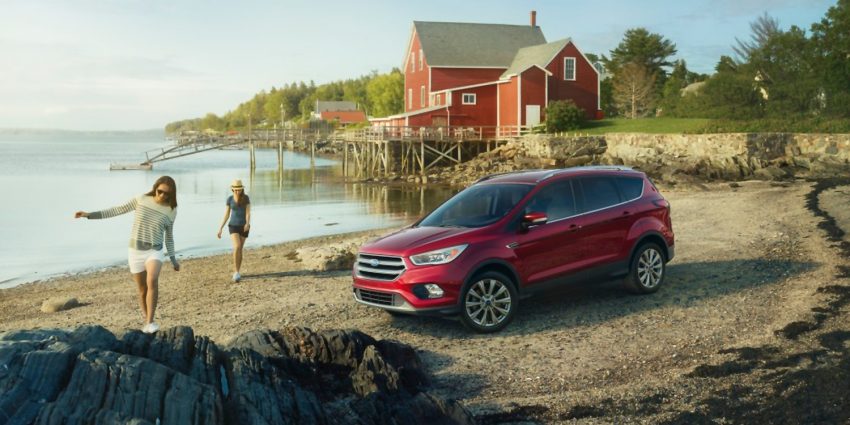 As part of its annual Sustainability Report, Ford Motor Company today proudly announced that it has met its manufacturing CO2 emissions goals eight years ahead of schedule, cutting by some 32 percent the amount of carbon dioxide released as a result of its global manufacturing operations. In 2010, Ford had outlined a plan to accomplish that by 2025; instead, it took the company approximately half as long.

In total, Ford reduced its global manufacturing CO2 emissions by more than 3.4 million metric tons from 2010 to 2017, which is approximately equal to the annual greenhouse gas emissions of 728k average passenger vehicles.

Strides in efficiency were taken by instituting sustainable production changes like introducing wet-on-wet paint application and Minimum Quantity Lubrication at more plants, and by turning away from old incandescent and fluorescent lights, installing more than 100k LED light fixtures in their place. Wet-on-wet paint application means that at many plants, cars are baking in drying ovens for shorter intervals, consuming less energy. Minimum Quantity Lubrication (MQL) is a technique for tool-tip lubrication that sprays the smallest possible amount of lubricant in a fine, atomized mist rather than dousing the tip with a mix of lubricant and water, again saving energy.

“We are proud of the work we have done to achieve this goal,” says Ford Group Vice President of Manufacturing and Labor Affairs Bruce Hettle. “We’ve made several improvements to our manufacturing operations – from the lighting we use to plant consolidations – all of which played a role in dramatically reducing our CO2 footprint.”

In addition to announcing it’s met its manufacturing CO2 emissions goals eight years early, Ford’s 2017/2018 Sustainability Report reminded consumers, investors, and analysts that the automaker is doing its part to promote eco-friendliness with its products. Together with BMW, Daimer, and Volkswagen Group, Ford was one of the founders of IONITY, which is fixing to boost the prevalence of EVs across Europe with a network of 400 new fast-charging (350-kW) stations by 2020.Just as important, the report discussed Ford’s extensive work with renewable production materials, which today includes roughly 300 vehicle parts made from things like soy, wheat, rice, castor, hibiscus, jute, coconut, and tree cellulose.

Lincoln Brand Finds Its Footing In China After Eight Years