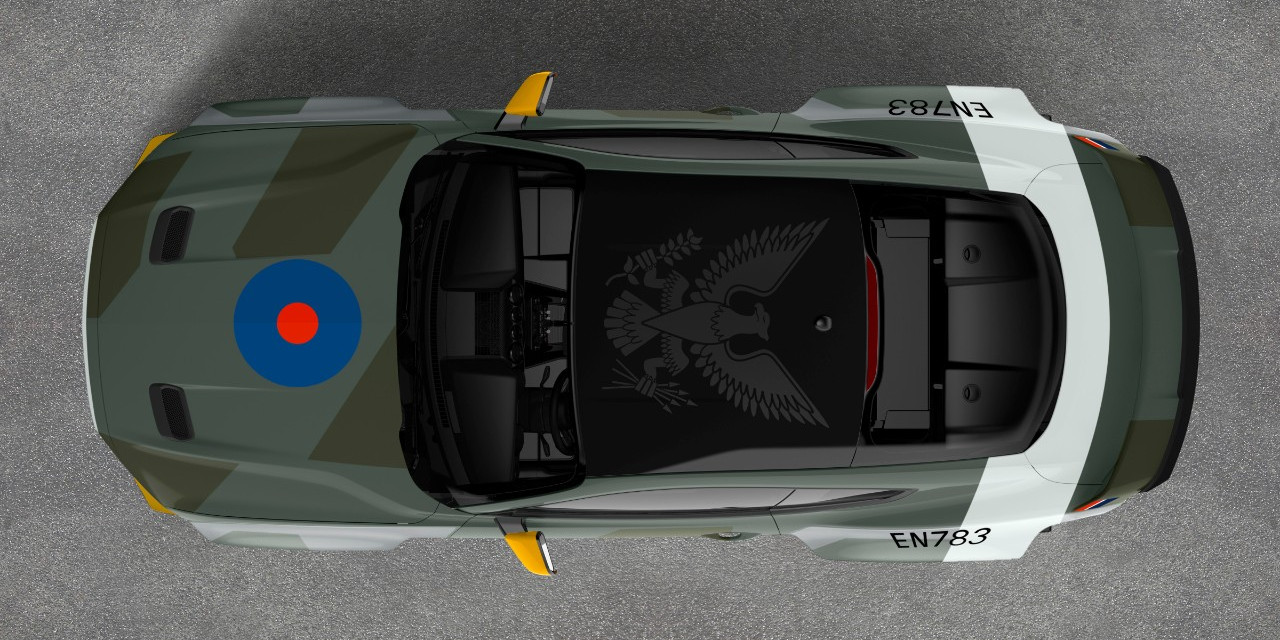 Ford Performance and pro drifter Vaughn Gittin Jr.‘s company RTR Vehicles have joined forces to pay homage to American fighter pilots with a new, one-off Ford Mustang GT that will be auctioned off to benefit youngsters interested in pursuing a future in aviation. The custom car represents the eleventh one-off vehicle that Ford has donated to help support the youth education programs of the EAA (Experimental Aircraft Association). In all, the automaker has helped raise $3 million for the cause.

The car will make its official debut at the 2018 Goodwood Festival of Speed in the UK on July 12th, where it will be driven by Vaughn Gittin Jr. himself. Later in the month, it will be back in the United States and ready for auction at The Gathering on July 26th at EAA AirVenture Oshkosh.

Officially dubbed “The Eagle Squadron Mustang GT”, the specially modified pony car features a distinctive camouflage paint job inspired by the look of the Royal Air Force Eagle squadrons of WWII, which featured a number of volunteer American pilots back before the US officially entered the war. The black-painted roof features an RAF Eagle squadron insignia, and on the hood is a roundel similar to that used on many RAF aircraft. Under the hood lurks a supercharged, 700-horsepower 5.0L V8, while an RTR carbon-fiber wide-body kit and Tactical Performance suspension package have also been fitted.

“Supporting young pilots through the EAA charity auction reflects Ford’s aviation history, tracing back to the company’s early days and the Arsenal of Democracy during WWII,” says Ford Mustang design boss Darrell Behmer. “The Eagle Squadron Mustang GT build with Vaughn and the Ford design team is a great way to honor our heroes and keep the spirit of aviation alive for the next generation of American pilots.”