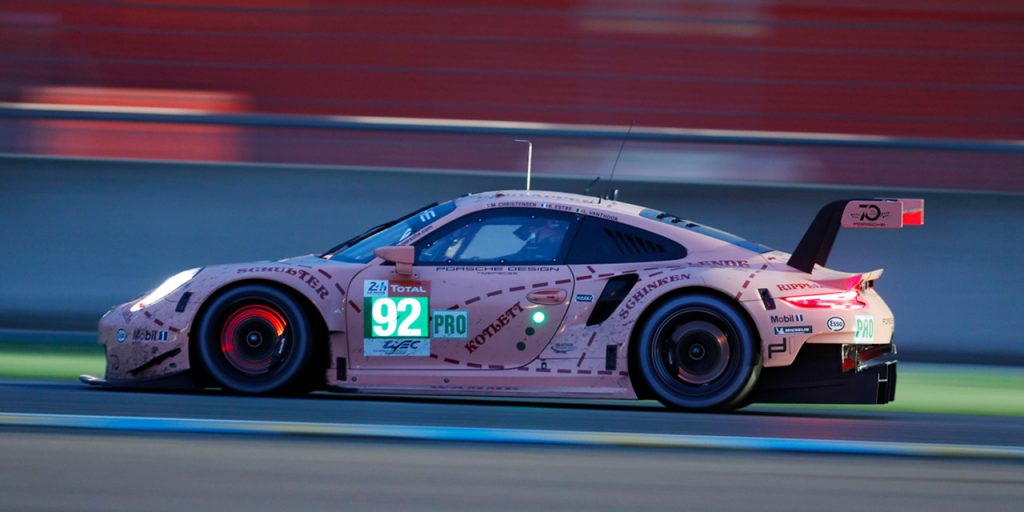 What could have become an epic battle for the GTE-Pro class lead at the 2018 24 Hours of Le Mans turned out to be relatively uneventful win for Porsche, due largely to the implications of an early safety car period that gave the No. 92 Porsche 911 RSR a roughly-three-minute lead it kept for the rest of the race. That car pitted early in Hour 4 of the race, while the bulk of the GTE-Pro field came in the following lap, leaving cars like the No. 91 Porsche and the No. 68 Ford GT stuck in the pits until the next safety car pack crossed.

The No. 92 Porsche 911 RSR went on to win the 24 Hours of Le Mans in the GTE-Pro class without facing any real, credible threat from the rest of the competitors, the pack essentially split up in such a way that there wasn’t as much battling as in years past. Because the Circuit de la Sarthe is so long, organizers have started using three safety cars instead of just one, but that tends to cause cars to become clustered into separate groups.

Further complicating matters was a new rule that capped each driver stint in GTE Pro and GTE Am at 14 laps, which many feel effectively removes a lot of the strategy for teams. Saving fuel now has essentially no benefit, for instance.

Ford Chip Ganassi Racing driver Andy Priaulx voiced his displeasure after the race, saying: “We could’ve done it today but we were very unlucky with an early safety car, which put us two minutes behind and it’s so hard to get that time back. We got back up into the top two or three positions, then we had more bad luck with a safety car.”

Priaulx was one of the three drivers of the No. 67 Ford GT, which finished Le Mans fourth-in-class, but was knocked back to twelfth in the hours following the race when an 11-lap penalty was administered for failing to ensure that each driver spent a minimum of six hours at the helm.