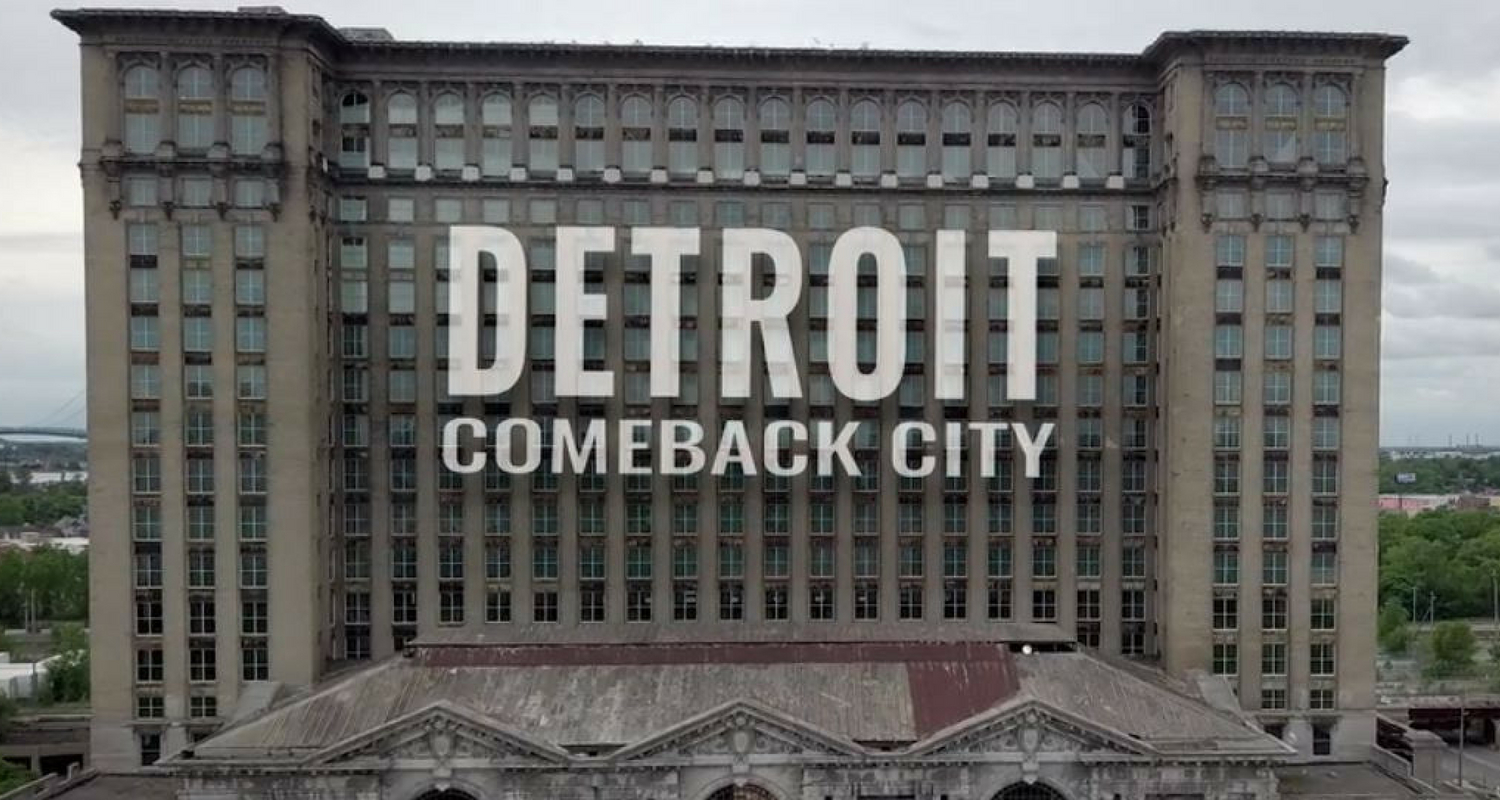 When Ford announced its purchase of Michigan Central Station, it purchased more than just an old building.

“Detroit: Comeback City” is a documentary that focuses on Detroit’s trials and triumphs over the past century, all told through the eyes of the historic train station. Put together by the History Channel, Ford Motor Company, and Detroit-native rapper Big Sean, the documentary looks at the Motor City’s dramatic past and looks optimistically into the future.

“[Michigan Central Station] is an incredibly dynamic part of our history,” said History Channel Executive Producer Terry Wrong, “The station itself is a symbol of hope and rebirth. The boom and bust cycle tells a story filled with drama and passion.”

The documentary opens with vintage footage of Detroit from the early 1920s, with bustling streets rivaling that of New York City. The automakers, mainly Ford, are credited in the doc towards contributing to the city’s wealth. So much wealth, in fact, that Detroit was one of the wealthiest cities in the United States at the time. Michigan Central Station, designed by the architects who erected the Grand Central Station in New York, symbolized the city’s position in the world as an industrial powerhouse, and architectural mecca.

The documentary then tells the struggles of the Great Depression, how WWII gave Detroit the nickname “The Arsenal of Democracy,” and the Mo-Town heyday of the 1950s and early 1960s. By 1967, however, Detroit experienced large-scale riots driven by racial inequities. Throughout the following decades, Detroit soon crumpled into urban decay.

The documentary profiles numerous Detroit residents inside of the graffiti-covered station, asking them how they are personally connected to the building. One woman’s grandmother fled the segregated South and went through the station, while another man sought refuge in the station when he became homeless.

The feature ended with the great-grandson of Henry Ford laying down his vision for the station. “Technology,” “the future of transportation,” and “growth” were the keywords for the automaker’s plan for the station.

While no one knows exactly what the future holds for the Motor City, the documentary leaves viewers with a sense of optimism and Detroit pride.

“Detroit: Comeback City” airs on Sunday, July 1 at 9/8C on the History Channel.