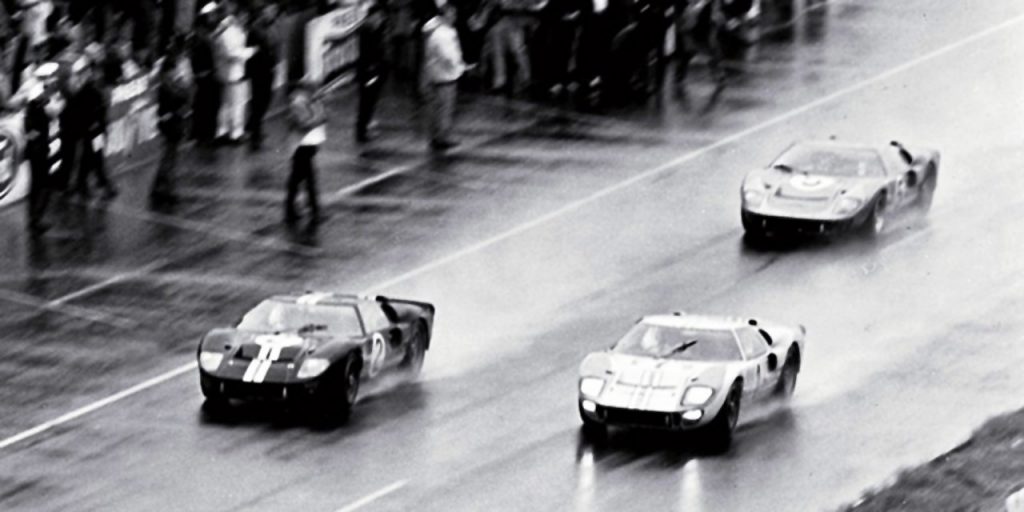 The late, great pioneer of performance Carroll Shelby could be portrayed by Hollywood superstar Matt Damon in a future big-screen retelling of Ford’s triumph over Ferrari at Le Mans 1966. The still-untitled 20th Century Fox film was originally going to use A.J. Baime’s Go Like Hell as source material, but the rights to that book have passed to Legendary Entertainment, Variety reports, which plans to adapt the material into a television series. Fox will have to use different source materials for its retelling of the Ford GT40‘s legendary racing story.

Not that there’s any lack of suitable literature to be had.

According to Variety, director James Mangold (Logan, Walk the Line) is attached to direct the new feature, based on a screenplay to be written by brothers Jez and John-Henry Butterworth (Edge of Tomorrow, Get On Up). Mangold is reportedly interested in Christian Bale to play the role of racing and development driver Ken Miles, who drove the so-called “spiritual winner” of the 1966 24 Hours of Le Mans – the Gulf-liveried No. 1 car – but was denied the official honors by Ford management, who felt that getting a photo finish was more important than honoring the actual finishing order.

Miles went on to die just months after Le Mans while testing the Ford “J-car”, which was intended to succeed the Ford GT40 Mk II.

Interestingly enough, it seems that Christian Bale had been attached to play Enzo Ferrari in a separate film about that titan of automotive performance, but he’s since been replaced by Hugh Jackman. It’s unknown whether Enzo Ferrari will make an appearance in the Fox project about Ford’s 1960s rivalry with Ferrari, nor who would play the Italian racing driver and entrepreneur, but it’s worth noting that director James Mangold and actor Hugh Jackman have worked together in the past.