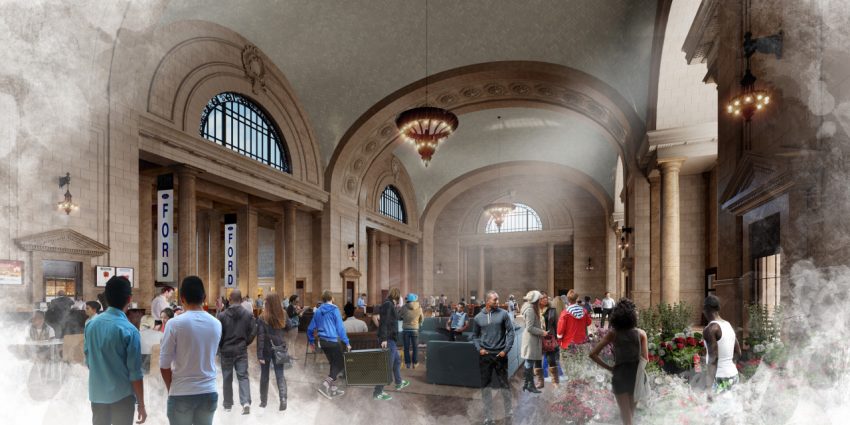 An antique clock that was taken from Detroit’s Michigan Central Station more than two decades ago has been returned following Ford Motor Company’s purchase of the property from the Moroun family’s Crown Enterprises. The clock once hung over a train station gateway, but it was stolen from the dilapidated property sometime after it ceased functioning as a train station in 1988.

According to the local Fox affiliate, the thief contacted the Henry Ford museum saying that the clock wanted to “go home.” Officials quickly got in touch with Ford Motor Land Development Corp. and the Ford Archives to arrange to recover the clock.

“I only have the clock. No other material,” the person told Ford Land in a text message, according to Fox 2 Detroit. “I left it leaning against a burned-out building on Lawton. It is between Warren and Buchanan… Please send two men and a truck immediately. It has been missing for over 20 years and is ready to go home. Thank you so much.”

Ford promptly sent a crew over and successfully recovered the clock. The person was adamant that Ford show care when handling it, saying in a message: “Please have [the crew] lay it face up in the truck. The paint is very delicate.” Later, he thanked Ford for recovering the clock, saying: “I loved that clock and I loved that station.”

Ford finalized a deal to acquire Detroit’s Michigan Central Station earlier this year, and today, the automaker hosted thousands of members of the press and public in a celebration of the new property. The company says that the former train station will serve as a mixed-use facility, with public and retail space as well as offices, as it goes about growing its presence in the city of Detroit with a mobility campus concentrated within the Corktown neighborhood.